Tuesday, Nov 12, 2002 by Emily "Integral" Reigel
My parents are absolutely batshit insane. My mother believes that sitting in front of or anywhere close to (in the same room with) the microwave will cause some sort of crazy malignant brain tumor which kills you and then moves on from there to kill half of the country and parts of Mexico. She thinks the same thing about cell phones though she uses one on a regular basis because, "if you use it in a car it won't do that, so I only use it in a car." Ok doke, Mom, whatever you say.

My father is a hitman for a large crime organization. That's all I have to say about that.

I'm not sure how I turned out sane with parents who were both certifiable, but hey, I'm not going to look a gift pajamas in the car something blehhh AOOOOGAH oh hey a penny.

The Something Awful Forums goons have crazy parents as well, and they decided to share with everyone bits of very helpful advice that their parents have given them over the years. Some of these quotes even make me feel a little better about my dumb crazy family. No wonder the goons are so well-adjested and have absolutely no emotional or mental problems whatsoever.

Let the good advice and parental wisdom pour forth like so much mysterious and viscous liquid! 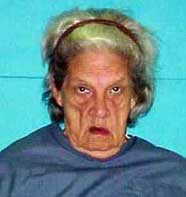 velouria's Mom:"No, you can't work at Sonic. People will think you are a whore."Billiam's Dad: "Don't sweat it, this happens to everyone. Just pick one with bigger tits next time."

brotherlordacid's parents: "This hurts me more then it hurts you." *smack*

Agent 86's Dad: "And you thought those were cigarettes the whole time"

monkeyboy's parents: "Never date a girl that has a dagger tattooed on her body"

JackRabid 's Mom: "Whenever I think of Murphy's Law, I think of you."

Billiam's Mom: "You shouldn't be in a hurry to have sex, it only feels good in the way going to the bathroom feels good." 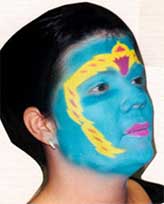 Jamesface's Mom:"I don't want you heating up corned beef because it's compressed meat, so the germs are compressed too. When you heat it up, the germs expand."

Daddyo's parents: "Get your finger out of your nose."

Crustashio's Mom: "Remember the guy at my mother's funeral? He asked me to marry him. I'm not sure if I'm going to say yes."
(10 second pause)
"...He's already moved in, he'll be there when we get to my house"

Mistegirl's Dad: "Anything you have done, will do, will ever think about doing I have done already and was better at it."

Tossed_Salad_Man's Dad: "If you wind up getting caught, out there fucking up like I know you do, and you land your stupid ass in jail.....DO NOT CALL ME OR YOUR GODDAMN MOTHER FOR HELP. You get your ignorant ass landed in jail, you get your ignorant ass out of jail. I dont give a fuck how you do it, but don't ask us. UNDERSTAND!!???"

Zeezo's Dad: "This world would be a lot better off if everyone was as smart as I are."

LegoMan's Mom: "Son, while your dad is out working to pay child support and alimony I'm going to screw everything that moves. There's chili in the cupboard."

PLasTiCHYbRiD's Dad: "This guy came into work today with his hands all bandaged because he said his cat clawed him. Loser."

Konrad's Dad: "You were born in what...December, right?"