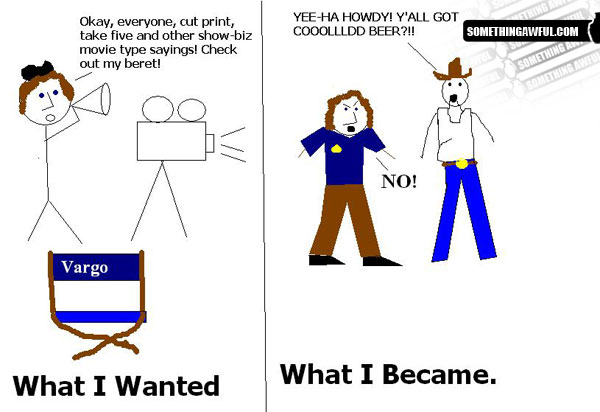 This is a bit more E/N than the truth. I am attaching a Film minor to my English major in the fall, and I just moved to the Toy Department, so my Market of Wals job isn't as bad anymore.

What did you want to be as kids, goons? Let's see how many of us even came close. 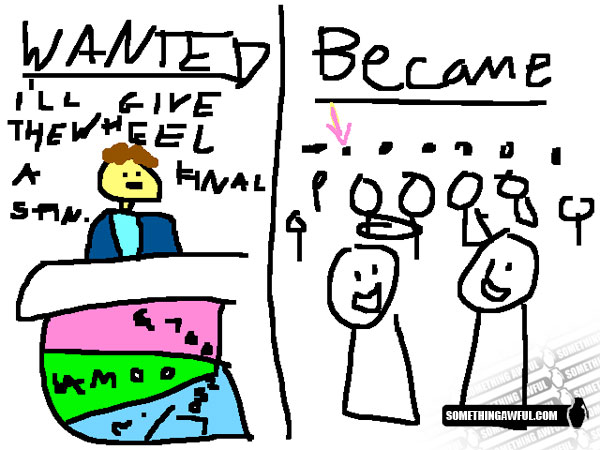 Wanted: host of Wheel of Fortune

Became: Movie Extra #8 in my friends D-level movies, that are probably only going to be viewed by 4 people. 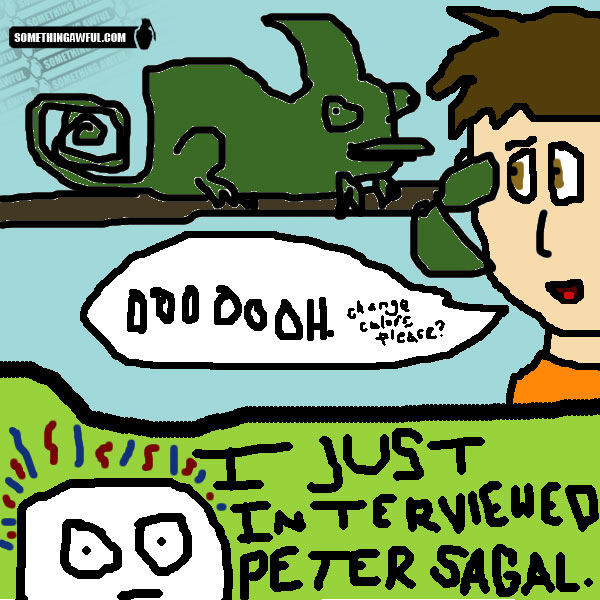 I was (and very much still am) terrifically interested by nature, especially animals. I had a thing for chameleons, too. When I got to college, I wanted to go into zoology, but I didn't do very well in the class (mostly because most of the tests were purely memorization of genuses), so I ended up floating around until indulging in a long-standing interest in the newspaper. I interned at a local paper over the summer, where I road roller coasters (twice) and talked to all kinds of interesting people, like the host of Wait Wait... Don't Tell Me!, Peter Sagal, before he had to talk to one of our senators, who was guesting on the show. I don't know why my life is more cartoonish now, though. 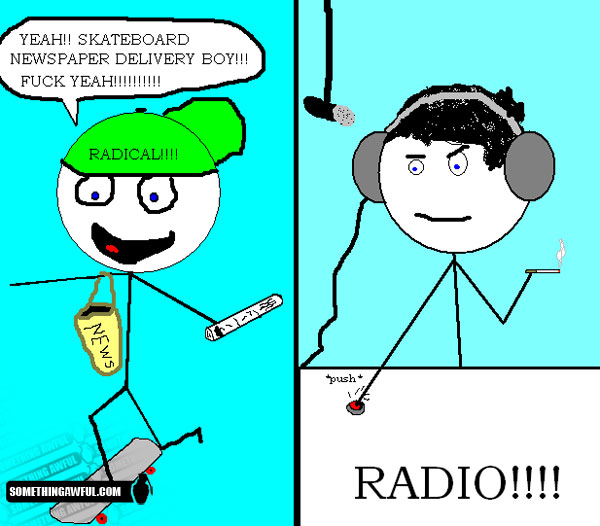 What I became: I ended up in radio. I enjoy my job and I've heard that means a lot in this world. 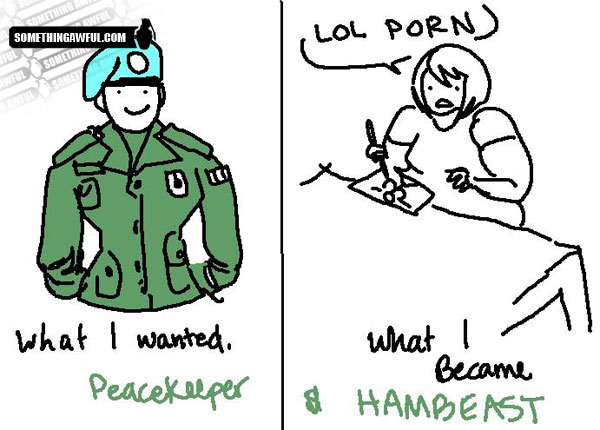 I used to want to be a peacekeeper really badly, because my father was in the military driving tanks and I thought it'd be cool to be the person stopping the fighting. I even took an aptitude test in highschool and got perfect on it.

Now? I'm getting my highschool science credits after spending 2 years in art college and another off doing nothing so I can join Medical Technician.

It's kinda close isn't it? 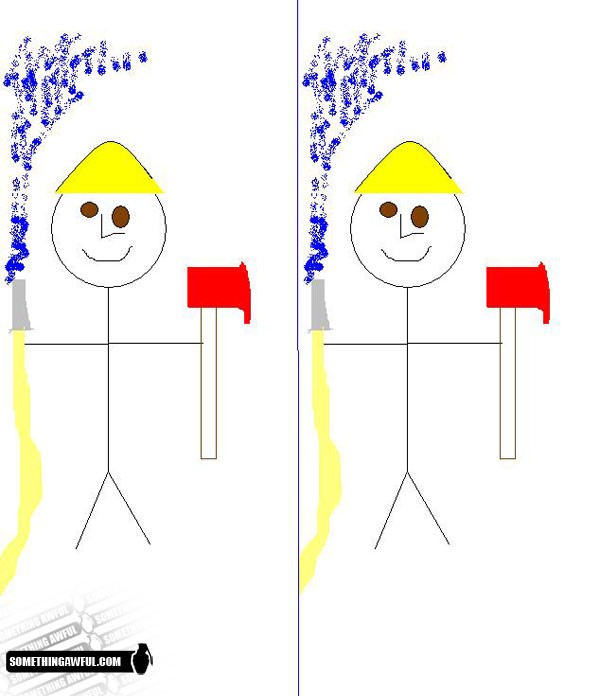 I wanted to become a fireman, and I did! Alas: my dreams of becoming a bird and an astronaut are meaningless! At least I may still become a scientist and a doctor though. 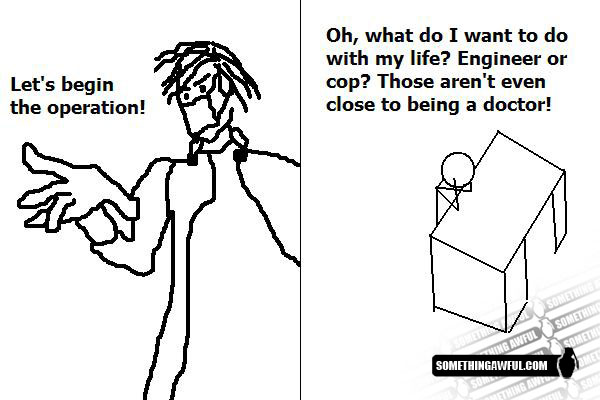 Flunked biology during college since I couldn't get my act together (I'm actually fairly knowledgeable, I just never studied for tests or handed in work.) Ended up getting sick of it and switched majors to engineering, since I've been really good at mathematics (and liked it) my whole life. But now I'm getting tired of this, too, despite having a 4.0 GPA, and I'm wondering if it wouldn't be a bad idea to pursue my high school dream of becoming a cop. The pay isn't bad and the benefits are awesome, and I'll be able help people and have awesome stories to tell. And all that working out will finally be useful for something. Hm... 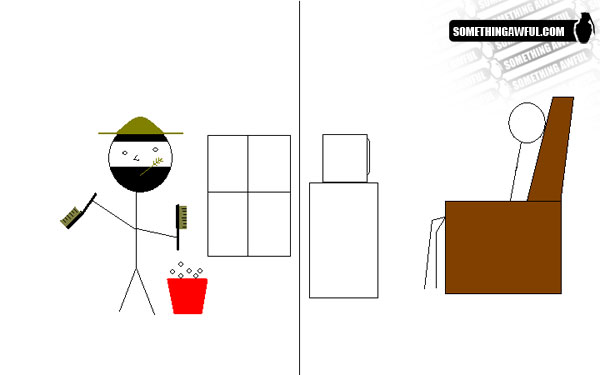 What I wanted to be: A ninja farmer that washed windows on his off days.

What I am: Depressed. 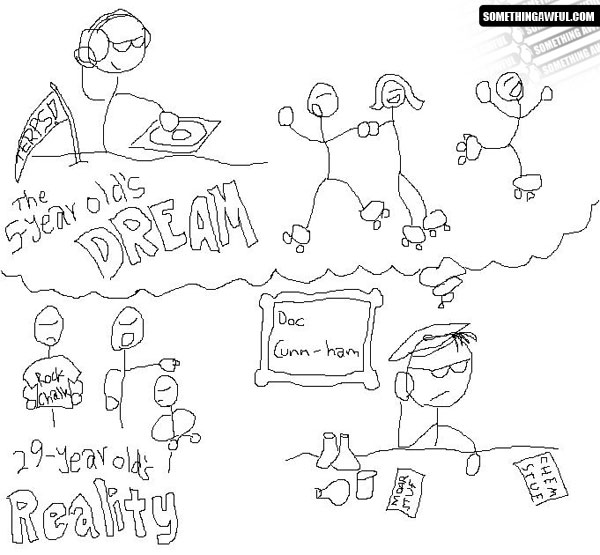 When I was 5, it was my life's mission to become a roller rink DJ in my home state of Maryland.

24 years and 2 degrees later, I'm a chemist in Kansas with tons of bosses and lots of deadlines. Don't get me wrong, I love what I do, but life is anything but easy these days.

I imagine I probably get paid about the same as a roller-rink DJ...

What I wanted to be: 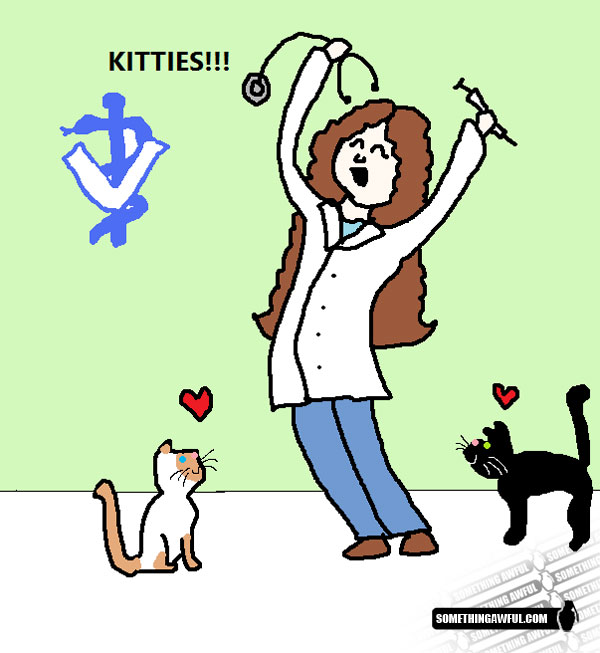 I wanted to be a vet and save animals all the time and rock a lab coat. Also, I wanted really long hair. 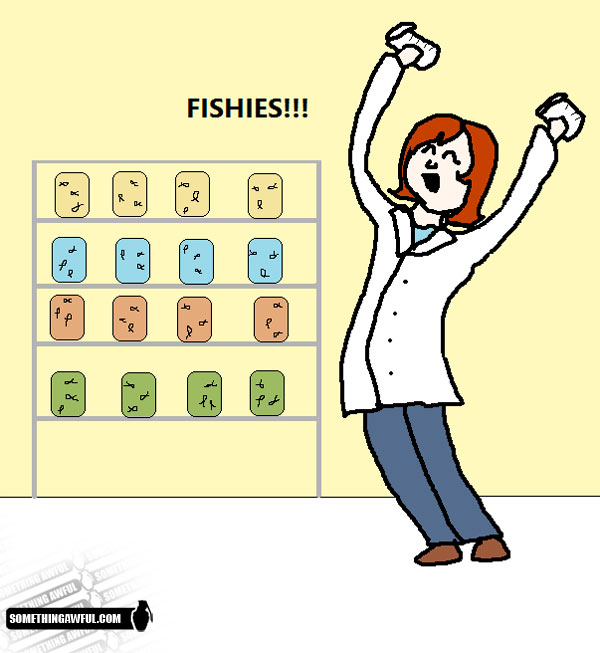 I currently do bitchwork in a laboratory. Filtering water, testing samples, doing A LOT of dishes, and regularly spilling potentially toxic water/abalone spawn water and other gross things on myself. And rocking a lab coat occasionally. I love my job

I never could get my hair that long 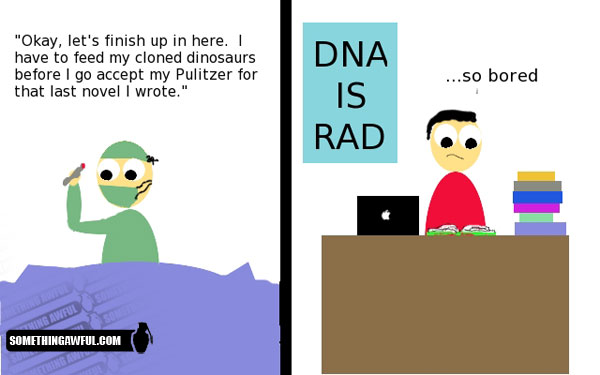 What I wanted to be: An awesome surgeon/genetic superscientist who writes masterful and earth-shattering works of post-modernist literature and has a sweet band (Think Buckaroo Banzai).

What I am: A perpetually exhausted pre-med biology student with a concentration in genetics and evolution, a minor in theater, and the burgeoning fear that I won't be able to get into a decent M.D. program after graduating because of my freshman year grades. I don't have the time or the energy to devote more effort to my shitty monologues and performance pieces, much less to practice guitar or bass. Don't get me wrong, I adore genetics and biology- the field just has a lot fewer cloned dinosaurs than I imagined.