XausF1: Draw a penis being inserted into another penis which is attached to a much larger penis with a face and arms who is in turn attached to a tyrannosaurus rex which is fighting a space shark on the surface of the moon next to the Eagle lunar lander while Buzz and Neil are lounging on deck chairs drinking from straws which are stuck into the ground of the moon. Because the moon is an intergalactic brewery.

MissFortune: A unicorn and a giant-sized carpenter bee having a vicious swordfight with horn and stinger over the last Jelly Belly jellybean. 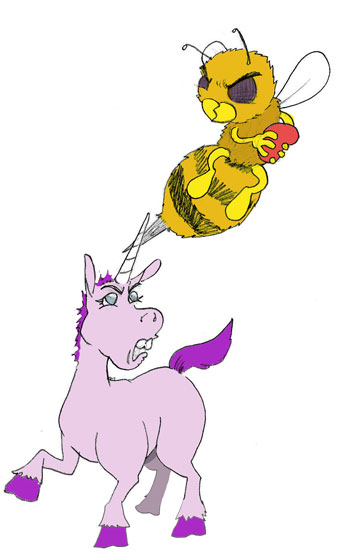 photo kiosk of life: A shark hosting its own vegetarian cooking show. 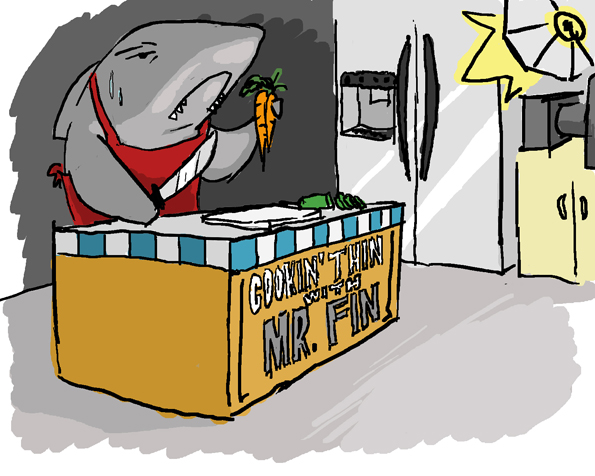 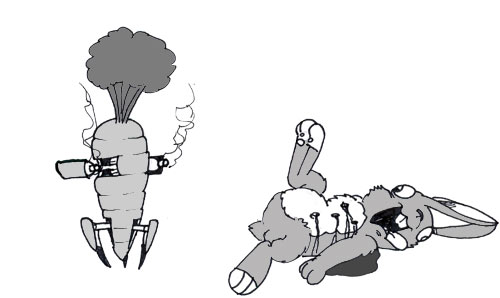