I don't know what a transmission tower looks like, and I kind of don't want to know after seeing these. It couldn't look as impressive to the naked eye.

These things. I have no images of them from the ground. 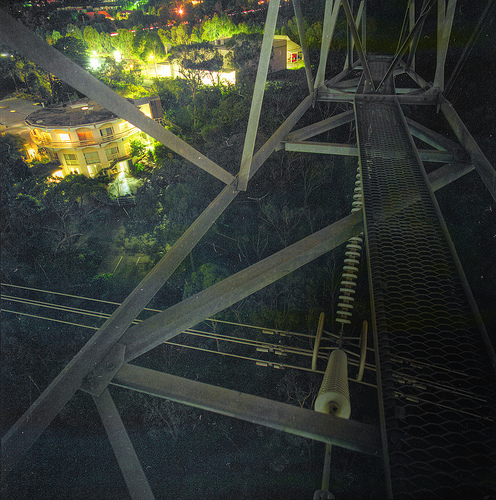 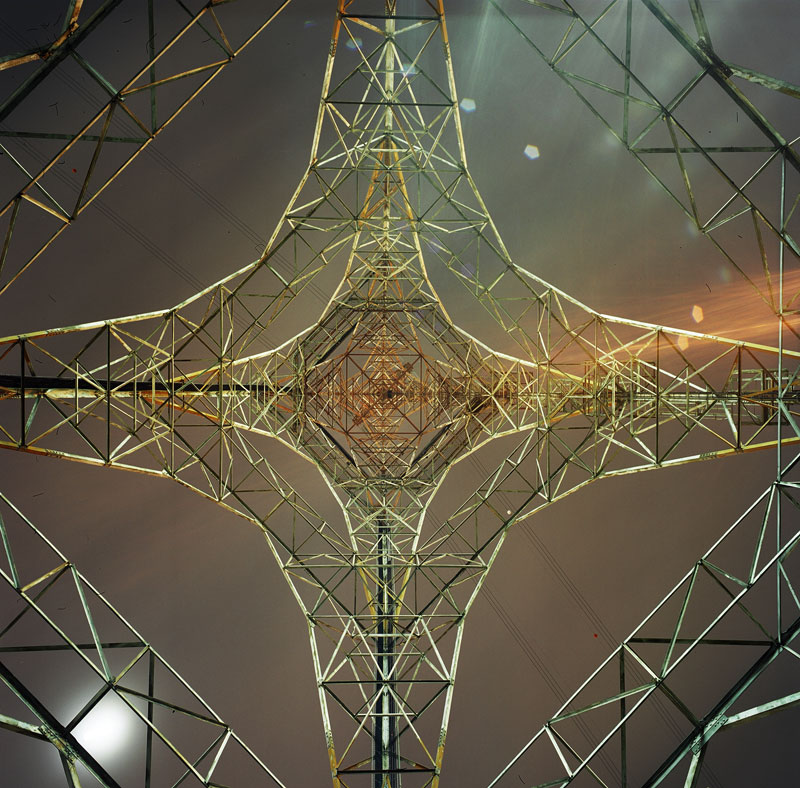 How high were you? How long did it take for you to get that high?

I'm not sure how high I am. I'm going to say 30m and up. It's definitely hard to tell and I'd have to carry a GPS up one and find out (or measure the 45 degree point) and I haven't done this yet. I can tell you, thought, that it probably takes around ten minutes to climb them, and half that to get off. 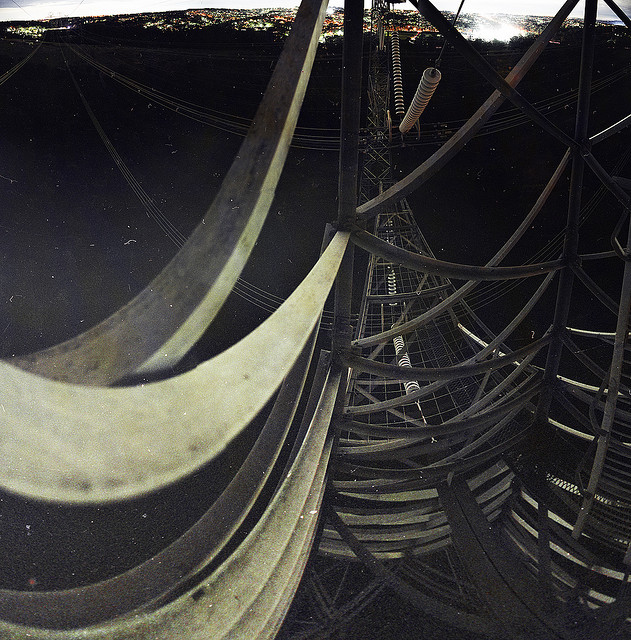 Have security personnel of any sort tried to get you?


Never. Absolutely never. A security guard yelled at me once, though, when I walked through a resort/chalet whilst bee-lining for something I wanted to clamber up. I panicked, because I was Pink Panthering it badly, like tip-toeing like an idiot. You see someone doing that sort of walk and they are guilty as fuck of everything. So I turned and ran, jumped down an embankment into someone's homemade garbage dump and thrashed through old reels of rusty barbed wire, and then clawed through brambles and blackberry bushes to where my car was parked. Torn, bloodied, cut up and infected with tetanus, I stumbled out into a clearing, my car on the far side now surrounded by three more cars. As I took that in, I noticed about ten kids who had been passing around a bong and were now rudely interrupted by a gory fucking monster fresh from a battle with Hell.

Oh shit! I just remembered something pathetic. When I threw myself down the embankment into the garbage dump, I actually lost my keys. As I slid and bounced, they flipped out of my pocket and I FELT them go. My shoulders got so heavy and I was so busted and overwhelmed with sadness, even though all I had been doing was trespassing, that I actually stood up, feet snarled in this fucking wire, and put my hands on my head and stood there like an assbag for like twenty seconds until the guard got to the edge, shone his torch down to where I was, something like eight metres below him, and then Angelic Choir, my keys did this little bling star flash in my eyes, just at my feet, and my adrenals pulled an Epipen and fucked me with it. Got my keys and I was away. Woo.