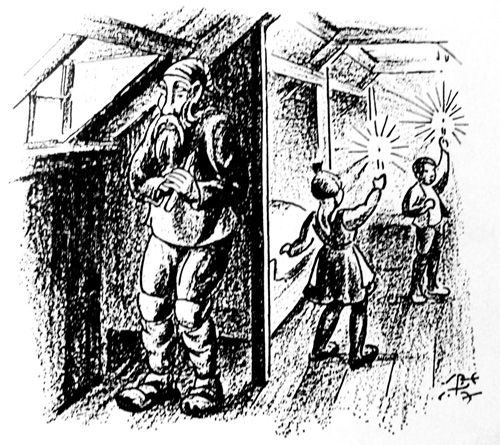 Candle-stealer is the last, and he's the most insidious. On the surface, his only thing seems to be stealing the little Christmas candles the children get. They're even edible because they're made of tallow, and that was sort of the point - you could light or eat them as you willed.

But what is a Christmas candle?

Even today, the season of Christmas in Iceland is called "the season of light and peace". This is a remnant from an earlier tradition which held that the birth of Christ had to be greeted with plenty of light to light up the darkness, which gets even more important when you consider that there are something like 4 hours of sunlight a day this time of year in Iceland. Quoth Jogn 8:12:

When Jesus spoke again to the people, he said, “I am the light of the world. Whoever follows me will never walk in darkness, but will have the light of life.”

So tradition dictated you had to have light to greet Jesus into the world. Otherwise you were sinful, heathen and horrible in the eyes of God. Furthermore, the candle was to be rationed as your only source of light until the end of the year. 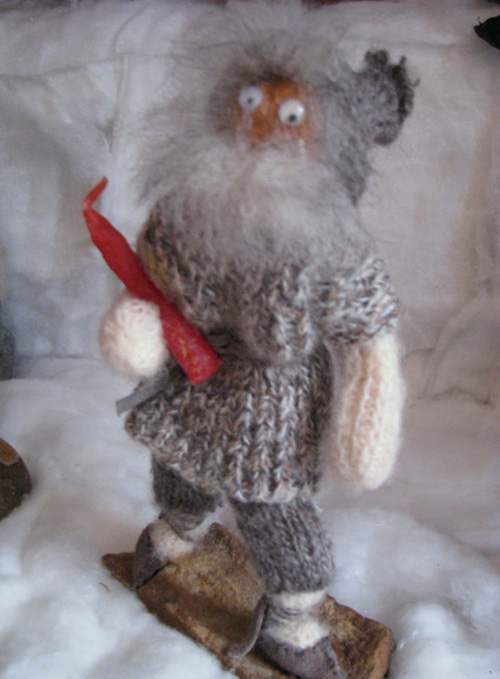 He would steal a kid's candle, eat it and make the kid sinful in the eyes of God for an entire year.

Now they have all arrived, happy and satisfied with their nights of fun. Beginning tomorrow they will depart back to the Dark Fortresses from which they came. One by one, until the sixth of January, when we celebrate a festival known simply as "the Thirteenth" or "the Twelfth Night". On this day, we dispense with the Yule trolls and sing about elves and light large bonfires, a remnant of the ancient heathen tradition of rekindling the sun; and thus are Grýla, her spawn and her monster of a pet banished for another year, at the small price of causing 46% of all the dioxide pollution in Iceland per year in the space of one night. 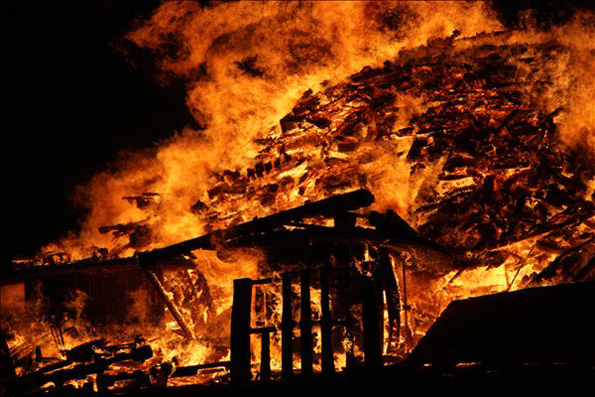 So I hope you have enjoyed this examination of one of the greatest of modern menaces. May you have a thoroughly unlicked, non-sheep sucked, light-filled, sausage-strewn meaty Christmas, and a happy new year!

That's the last of the Lads, but here's the first bonus feature: Rulebook Heavily explains an image that depicts Loki, noted bad guy from the children's film The Avengers, in a compromising position! 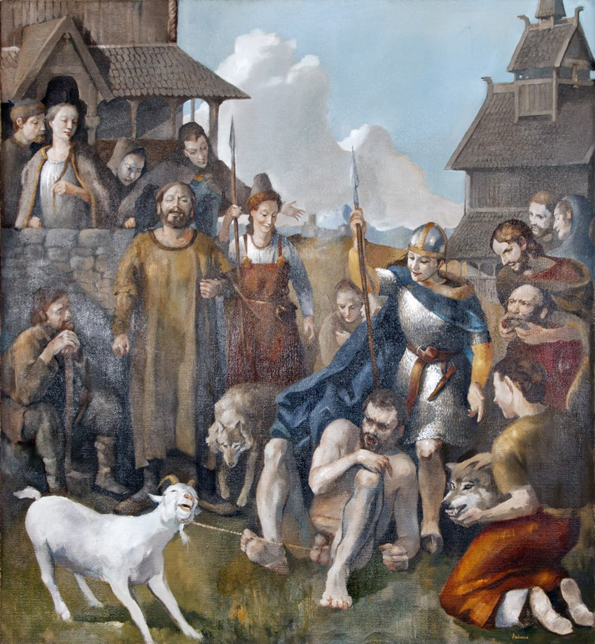 So what the hell is going on here? Well, this is a bit of Norse mythology. Iðunn was the guardian of the golden apples of youth and gave them to the gods whenever they felt the pangs of old age creeping up on them. This made Asgard's enemies envious, and one in particular, named Þjasi or Þjazi, was so determined to acquire these apples that he successfully trapped Loki while the trickster was traveling in Jötunheim. He bound Loki to an agreement, and then released him. Some time later, Loki lured Iðunn to a specific spot with a spun tale of how he'd found apples that surely beat even her crop in magnificence, and Þjasi came by and snatched Iðunn.

To make a long story short, Loki made amends by finding her again and then Thor happened. Þjasi was killed, Iðunn was reclaimed, and all was well... except the giant had a daughter named Skaði. And being a great warrior, she picked up her armor, her shield and "one of every weapon" (yes really) and marched on Asgard, demanding wergild for the loss of her father. The gods eventually agreed that her grievance was legitimate, and so she was allowed to choose a husband from among the gods, but thanks to a bit of Loki-tricking she was only allowed to choose from them by looking at their feet. She picked the one with the cleanest feet, reasoning those must belong to Baldur the fairest, but they belonged to Njörður, god of the sea (because his feet were clean from all that water, geddit?

But then she asked a second thing of the gods. She was a serious-faced maid, and had never once in her life laughed. For this settlement to be legal, they had to find a way to make her laugh. So, enter this picture.

Loki tied his nutsack to a nanny goat and engaged in a tugging contest with it, because he'd caused this mess, and he's pretty bro like that. Would you tie your nutsack to an angry goat to make amends? Eventually the goat knocked Loki hard into Skaði's lap and she laughed, and that was that. As the final portion of the settlement, Odin took Þjasi's eyes and threw them into the sky, creating two stars. And that's how she joined the Norse pantheon as the goddess of hunting, skiing and being incredibly serious, presumably excepting whenever she saw nanny goats.