EXPECTATIONS: I honestly don't know what to expect from this film, and sometimes that can be pretty exciting. The story has all the makings of a dark tragedy, and it raises some fascinating questions about who this 'imposter' is and why he tried to impersonate a kid from another country.

REALITY: Truth, as many documentary reviews claim, is often stranger than fiction. Fiction can be entertaining, but when the truth is a dark series of lies wrapped around an even darker story, we begin to wonder why we ever bothered with fiction in the first place. The story that director Bart Layton uncovers during the course of The Imposter starts out as a whimsical bit of dress-up, but slowly snowballs into a true-crime nightmare. 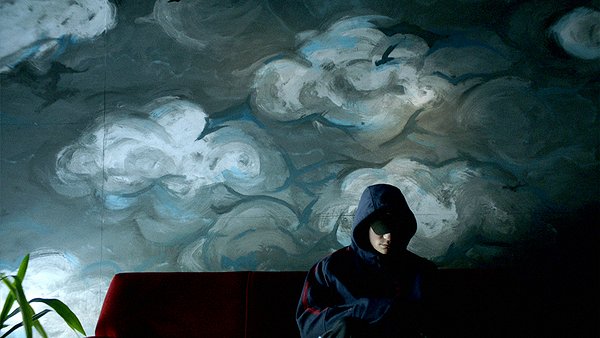 Not at all pretentious.

In 1994, 13-year-old Nicholas Barclay goes missing from his neighborhood in San Antonio, Texas. Nearly four years later, a young man turns up in Spain claiming to be Barclay. As the film reveals early on, this man is not Nicholas Barclay, but actually a 23-year-old con artist by the name of Frédéric Bourdin. Assuming the boy's identity, with his black hair dyed blonde and his face covered by shades and a bandana, Bourdin returns home to Texas with his 'sister' Carey to make a new life for himself. It takes months before anyone, specifically the FBI, realizes something isn't quite right about Nicholas.

Through the course of the narrative, it's revealed that Bourdin is not only a compulsive liar, but also an exceptional mimic. One of the first scenes in the film features Bourdin explaining how to convincingly display the body language and demeanor of a child. This is a man who's spent his entire life pretending to be anyone other than Frédéric Bourdin, and despite all evidence pointing to him being a thoroughly unreliable narrator, he comes across as the only person in the film we can actually trust.

Many years after his confession and subsequent prison term, Bourdin puts himself at the filmmakers' disposal, explaining his methods and demonstrating how he could be such a convincing mimic. Oddly, he doesn't play himself in any of the film's beautifully cinematic re-enactments. Granted, none of the real subjects play themselves in these scenes, but one would think if anyone could have, it would've been Bourdin. Bart Layton utilizes these scenes so well that at times it's easy to forget this is a documentary and not an expensive episode of whichever CBS detective show you're probably thinking of right now. It's certainly a stylized method, and very reminiscent of Errol Morris' best work, but it pulls you into the story remarkably quickly. 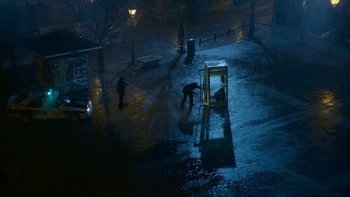 The story of drunk Superman.Probably the most shocking thing about The Imposter is the charm Frédéric Bourdin displays in his interviews. Bourdin clearly takes pride in his abilities as a mimic; as the family explains in interviews just how sure they were that he was their long-lost son, the film cuts back to Bourdin giving a wink to the camera. Despite the family's tragic backstory, these moments paint Bourdin as a bit of a gleeful sociopath. As he explains in the film's closing moments, he's only looking out for himself, but it's clear he enjoys what he does. The way he tells it, his story is one of a runaway constantly in search of a home. Only when he commits to the lie of living in Texas as Nicholas Barclay does he realize he's in over his head.

In the early going, the narrative Layton builds is one of a genius conman pulling one over on a family of idiots. Soon enough, though, the tables turn as Layton and Bourdin begin to wonder just what exactly happened to the real Nicholas Barclay. Enter detective Charlie Parker, a Charles Durning look-alike who seems to have Bourdin all figured out. As he tells his part in the story, questions begin stacking up. Did nobody in the family notice that Nicholas came back from Spain with a French accent? Why were they so ready to accept this imposter into their family? Why does the boy's brother not seem to care when Nicholas returns home?

Layton's story and Parker's investigation build to what might have been an earth-shattering discovery, but just at the moment that the trail runs cold, the film appears to run out of steam. As the film acknowledges that the real Nicholas is still missing, it seems that Layton doesn't want to pursue the line of questioning that leads the film into a murder mystery. The Imposter suggests very clearly that there is something not quite right about this child's family, but leaves it to us to decode its unstated allegations as the credits roll. As for Frédéric Bourdin, we last see him performing Michael Jackson routines in prison, which seems like the perfect metaphor for a film like this. The Imposter is a film of boundless energy and emotion caged in the rigors of the documentary format.

MINORITY REPORT: Well, of COURSE it didn't work! There's only one man alive with the cunning, mastery of disguise, and perfect physical physique to pull off a con of this magnitude! His name? Shackleford. Rusty Shackleford. - Dale Gribble (Not Rusty Shackleford)