This update was one of those "good concept, failed execution" things. It was originally going to be a list with five or six extended stories, but they just weren't working out. Then I was going to write an expansion of the "orange shit" story, but it got to like 15 paragraphs and I was only halfway done and it wasn't funny anyway. It got to a point where I couldn't do much more with it so I just made it a big list, which makes me feel dirty and lazy. Oh, well. Can't win them all. 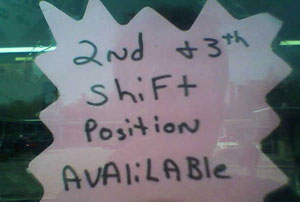 Pregame Wrapup got the shitcan this week because I was tied up with school shit. Lowtax was nice enough to give me a week off, so I took it. Next week we'll be doing something, but I don't want to say what because I always do that and switch gears at the last second. Keep writing those Ball Bag questions and I will try to answer them.

A couple of you cats have written in asking for more Dan Folder. It's not done, I just haven't had time to fill any more in. I've got a good one cooked up for later this week, so keep checking the Daily Dirt.

Thanks to all you folks who wrote in about the Kevin Smith thing, etc. I get worn down pretty easily so it's nice to come home from a rough day and see a couple encouraging emails in the inbox. I read them all and try to find a good response, so if you get the "thanks and keep reading" sign-off don't feel bad. I sincerely appreciate when people take time to write in.