Do You know me? You may!

Thursday, Jan 05, 2006 by Bob "BobServo" Mackey
UNDISPUTED FACT: The hummingbird is actually a giant bug that thinks it's better than you! THAT SON OF A BITCH

You may know me! Such a thing is not out of the question! Whether it's from the two and a half years I've spent on the SA forums, or the decade of time I've wasted on the internet using this very nickname, it's quite possible that you may know me! It's a fact that tracing my sordid internet history would provide enough evidence to damage my credibility so much that it would leave me eligible for only the worst positions in the field of septic tank repair! So let's not do this! 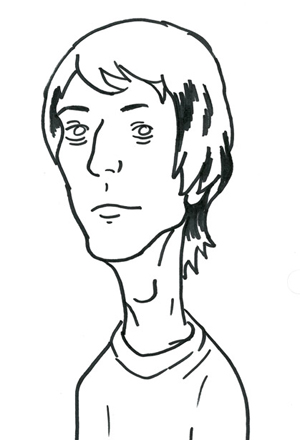 OH GOD THE NECK WHY IS IT SO

Seeing as this is my first article on SA, I thought many people would be interested in how I became a Something Awful front page writer. Of course I'm wrong about this, but I'm going to tell you anyway.

The year was 1991. I was in the parasailing division of Operation Desert Storm. They say war is hell, and this is especially true when you're being pulled by a hovercraft over burning oil wells while people shoot at you. During a particularly tough mission over Baghdad, another parasailor emerged from a cloud of smoke and greeted me with the secret hand signals that all parasailors are aware of. As he steered himself towards me, I noticed a sparkle in his eye as he doffed his cap and said, "I like your style, kid. I'd like you to be part of my operation." I looked at the logo on his parasail, and it said "Something Awful" underneath a picture of a crossbow (the grenade logo would not come until much later). Wondering who this gentle stranger was, I asked him, "Who are you, and what is this operation?" He said, "My name is Richard 'Lowtax' Kyanka, and I am getting in on the ground floor of the INTERNET." Before I knew it, he was gone.

I had no idea what the internet was at the time, and I also had no idea what I was doing in the army because I was nine years old. It would be years later that I would discover Something Awful, and still more years until I remembered Lowtax's job offer.

The rest, they say, is history. But mostly lies.