Hello I Am New Here

Hello I Am New Here

Hello, I'm Evan "Pantsfish" Wade and I'm the new every-other-Sunday front page guy and every-other-Wednesday movie review guy. This is my second front page but I've been doing movie reviews for a few months now. I'm glad to be working for SA since I can't write anything but humor and most people would argue I can't even do that.

I hate Kevin Smith. I have hated Kevin Smith since I realized he has had one good idea his whole life and has managed to squeeze about eighty billion movies out of that idea. Granted, I watched "Clerks" and "Mall Rats" all the time when I was a high schooler but I grew up and he probably should, too. I mean, seriously, who the hell names his kid after a comic book character?

Because of my hatred for Kevin Smith, writing this update was a blast. Ask anyone on The Something Awful Forums the one thing I am good at, and you will find out I can do one thing and one thing only: Fat jokes. With the release of "Clerks 2" upcoming, I thought this would be a good time to write a whole update full of fat jokes.

And anyone who would write himself kissing a high-school girl into a script deserves it anyway.

Like I mentioned before, I'm also SA's newest movie review guy. I've done four so far, and my latest, a critical look at the Oscar-caliber "Hunting Humans" is coming a week from Wednesday.

The feedback has been pretty positive so far. I want to thank everyone who has written in to say "good job," "keep it up," or even just to suggest a movie to watch. I can't respond to every email but I read them all, and I appreciate feedback.

So I guess that's about it. I'm assuming this update will alienate about two/thirds of SA's fanbase, but what's a job writing for a popular site if you can't post your utterly irrational opinions on trivial subjects?

Thanks for reading, everyone. I look forward to writing even more fat jokes.

And Now For The News

A look at this week's news by Robert "Closeknees" Smith

Thirteen miners fell down a well in West Virginia. After a rescue attempt it was initially reported that all thirteen were safe. Oops! Only one of the miners survived but no one is really talking about him anymore so it is pretty safe to assume that guy’s probably all fucked up. Try to be more careful.

The hot new “beat the hell out of hobos” craze is sweeping the streets of Miami leaving one homeless man dead and two severely injured. Also in Florida a teenager was shot by police after he brought an Airsoft gun to school. What the fuck is wrong with Florida anyway? Wasn’t Limp Bizkit from Florida too? Eat a dick Florida.

Thirteen miners were killed or injured in a mine accident in Romania. STOP COPYING US ROMANIA!

Entertainment: Web entertainment mogul Eric Bauman was net attacked by an e-coalition of web warriors from a number of brave internet forums in what has been called “the nerdiest damn thing I’ve ever heard of.” The attacks caused thousands of internet users to be without hilarious clips of monkeys sniffing their butts for upwards of a while. In response to allegations of involvement in the attacks suspected culprit www.ytmnd.com released a tiled .gif file with a repeating sound clip. The reason for this latest bloody exchange in the ongoing web war is Mr. Bauman’s refusal so stop being a colossal thieving faggot.

Weather: Oklahoma was on fire. I’m pretty sure that fire is a kind of weather. Oklahoma fun fact: it used to be called Indian Territory but then we took that away from them too and built easy to bomb federal buildings. 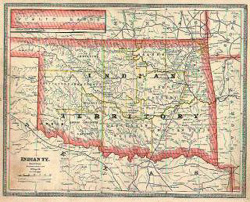 Think of all those casinos. Lots and lots of casinos.

This week in history:

1929 - Martin Luther King Jr. was born. Thanks to his tireless dedication to the civil rights movement Americans of every race and creed have off Monday.

1942 - Franklin Eleanor Roosevelt rounded up all the Japanese people in America and put them into internment camps. The President’s bold move prevented all Japanese sabotage efforts on the US homeland saving thousands of American lives. He was in a wheelchair.

1970 - Military strong man Muammar al-Qaddafi becomes the premier of Libya. He would quickly become the go-to guy for terrorist funding. This kind of pissed us off because we sent warplanes on a top secret mission to drop a bomb into his daughters crib. By the way: Mission Accomplished. Take that mother fucker!

On a personal note I am selling an Xbox 360 for $150. If anyone is interested please email me at pantsfish@somethingawful.com.