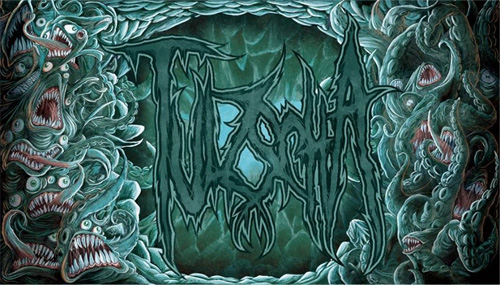 Steve: Alright, dude, you get back to the pharmacy and everyone is screaming and freaking out. Just as you're about to demand they hand over the drugs Left Eye screams, "Hail Tulzscha!" and throws a molotov cocktail behind the pharmacist's counter. It explodes in a massive ball of fire and the pharmacists are running around engulfed in flames and screaming. Everyone starts totally freaking out.

Zack: "What the fuck was that for, Left Eye?"

Steve: She seems sort of freaked out, like she doesn't know why she did it.

Zack: Can Kurt climb into the burning pharmacy to get the morphine?

Steve: He's pretty sure that's not a good idea. All of them need to make a sanity check anyway because it's so horrible with all the screaming and people flailing around burning.

Zack: Kurt made it, Left Eye made it, and E failed.

Steve: Eazy-E loses 3 sanity. The drugstore is filling with smoke, flames, and the stench of burning flesh.

Zack: Fuuuuck this caper is breaking up. Kurt is going to grab a bunch of cough syrup with codeine and run for the door.

Steve: As you run out the door with an armful of cough syrup you see your taxi screeching away.

Zack: Damn it! We've got to carjack somebody. Kurt tells E to get them a car while he chugs the cough syrup.

Steve: Just so you know, you're still going to be at -20% on everything because you're trading your withdrawal symptoms for being stoned out of your mind on cough syrup.

Zack: Kurt is laughing with red cough syrup pouring down his face and staining his Daniel Johnston t-shirt. E is going to run out into the parking lot and level his shotgun at anyone trying to leave.

Steve: The old man stumbles out of the car pleading for his life.

Zack: Kurt says he'll drive, but Left Eye saw him drinking all that syrup so she is going to be the designated driver and take the wheel. We're going to head for Jaleco Tower.