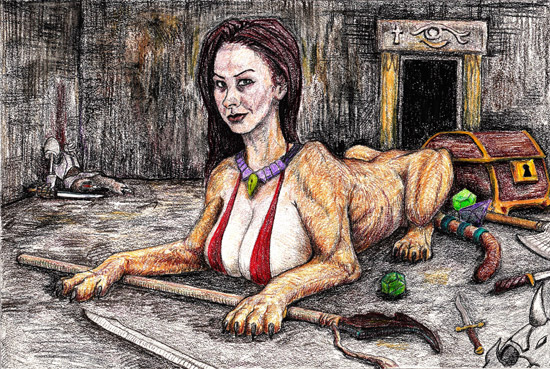 Steve: I just had a sweet as hell idea for a new direction Marmaduke could take.

Zack: Does it involve Marmaduke dying and the comic stopping and everyone at the Marmaduke factory losing their job and all newspapers going out of business and us in the years 2025 reading 3D foodie blogs on our iFruitbythefoots?

Steve: It doesn't involve any of those things. It was more like what if Marmaduke was really an angel.

Steve: No way, vampires are still totally boss. I'm just a little concerned about the message making Marmaduke a vampire would send to the millions of kids around the world who read Marmaduke.

Zack: I say don't tamper with such a successful formula.

Steve: Marmaduke could be a Grail angel sent down by god to find the Holy Grail and he could be pursued by these demonic creatures called the Elohim. He could battle them on the rooftops of Palestine and be assisted by Dr. Tobias Specter and his sexy babe daughter Jemma Specter who is also MI6.

Zack: Congratulations, you just sold the Marmaduke 2 script to Platinum Dunes. Let's hire Paul WS Anderson and throw about 50 million at it. 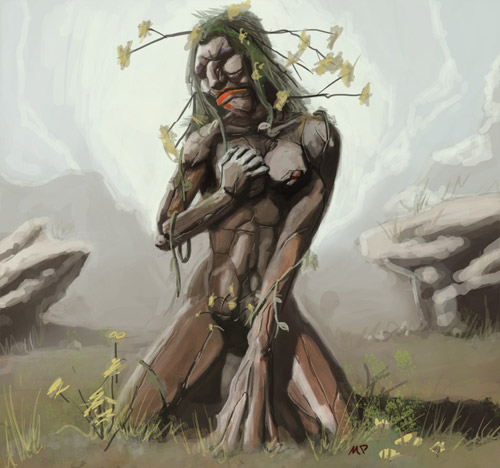 Zack: I think this lady sleeps in a box on Lower Wacker in Chicago. There's a woman down there that looks just like Tom Waits if he gained about 100 pounds and wore three coats at once.

Steve: Huh? I was talking about my last play session. Battled a wizard who was summoning elementals. Got a crit with my great sword and totally owned it.