Late in the cycle of any generation of Dungeons & Dragons the supplements start to get a little weird. Such was the case with 1987's Book of Wondrous Inventions, a supplement for D&D and AD&D that introduced a variety of reader-suggested magical items and devices. This is without a doubt the stupidest compendium of magic items ever produced for any Dungeons & Dragons line. Nearly every item on every page deserves to be showcased here, from the magical oven to the magical baby cradle. 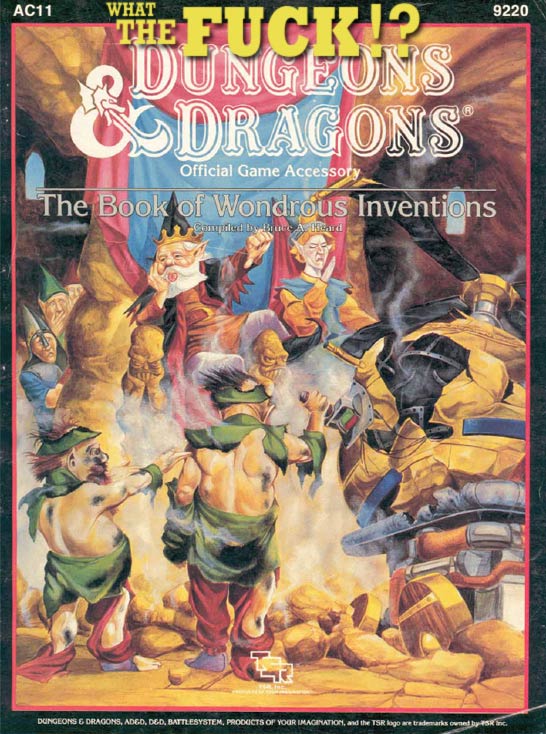 Zack: So many reader mails on this one, Steve. We had to cover it. Keep in mind, this is an official game accessory.

Steve: I love this book. This thing is full of the sort of magic items me and Keith used to cook up when we were in 7th grade.

Zack: That sounds about right.

Steve: Keith came up with a pair of jeans that would turn your lower body into an evil worm body. Mine was Band of the Owl and it was a headband you could wear that would allow you to swivel your head around 360 just like an owl.

Steve: Yes they can, they're famous for that.

Zack: They can do 180 and then turn it around the other way, but they can't rotate like a swivel chair.