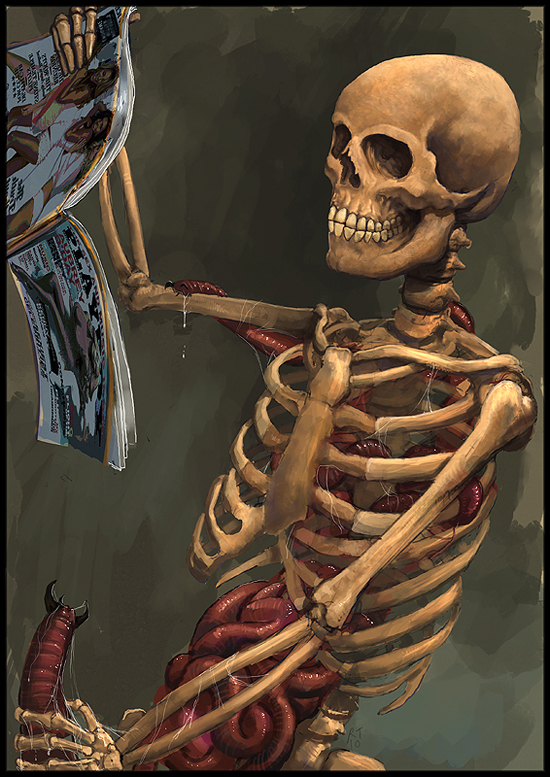 Zack: This one would have probably ended up in contention to win a prize, but Discount Bees picked a monster that was not in the First Edition Monster Manual.

Zack: I think that's the joke.

Steve: Have you ever stopped and like thought about all the stuff inside your body? Like all the guts and your skeleton and stuff?

Steve: It's just weird that like a skeleton is super creepy, but like here one is, right here. Inside me. And all these guts too. Nobody wants to see that.

Zack: I think that stuff is creepy because you only see it when something is dead.

Steve: I imagine this scenario where you go out on this date with this super hot babe and she comes over and you're like making out and getting hot and heavy, really getting super turned on, and then she takes her shirt off and her skin is clear. You can just see it all in there. Guts and beating heart and everything. Still do her?

Steve: Yeah, actually I probably would too, but there'd be that second where I decided.