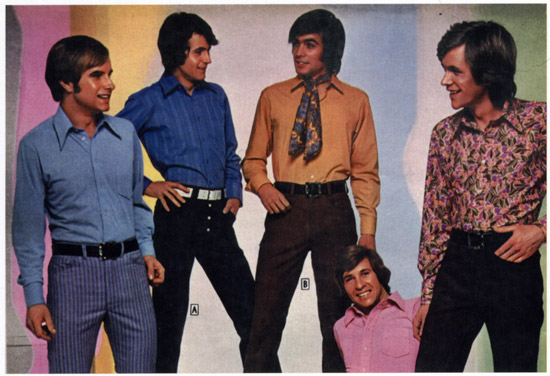 Zack: (In unison) "Hey, nice shirt!" And then poor Paul rides in with no arms and no legs on his little wheeled cart thing and the mood just drops through the floor.

Dr. Thorpe: God, I've been to parties like this. Everyone there knows each other, but you don't know anyone, and you just sort of stand around nodding and not really knowing who to talk to, and then some fucking armless midget spots you and next think you know he's talking your ear off all night.

Zack: Way to bring a party down, Paul.

Dr. Thorpe: "These guys are great! This is a great party, huh? This is my friend Eric's house! He's my friend! I was at a restaurant and he helped me up the ramp! Then I sat at his table with him and his girlfriend and I talked to them for like an hour! They're so nice! I asked if I could come to his party and he said yes! I told him I needed a ride and he said he wasn't sure he could give me one but I said 'pleaaaaaaase' and he came over and picked me up!"

Zack: It's like having a party with a wounded howling dog skulking around. "Oh, that's just Old Buck, he got run over by a tractor." Meanwhile everyone is trying to talk about what was on "The Office" the night before while Old Buck licks pitifully at a compound fracture.

Dr. Thorpe: It's way worse than that when Paul cloys to you, because if you're nice to him he thinks you're his best friend and he'll always be trying to hang out, and you can't say no because he's a cripple and you're not sure if he's all there mentally. And then eventually you snap at him when he's being too annoying and your wife gets totally livid and doesn't talk to you for the rest of the night because Paul is "such a sweet, brave guy" and you're a completely insensitive monster.

Zack: And you try to explain that he just sat there across from her, rocking his wheeled cart thing back and forth like that, because he could see up her skirt. "Honey, I want you to go say you're sorry and then offer to feed him the rest of the cocktail olives."

Dr. Thorpe: I bet to this day, Paul is saying "did I ever tell you about the time I was a MODEL?" to some poor son of a bitch. But the photographer had to let him be in the photo shoot because it's the only way he could get his wife to not hate him after he told Paul to shut the fuck up the night before.

Zack: If you ever see a guy like Paul coast into a party you know, with absolute certainty, that he is really into the Lord. Nothing strengthens your faith in the almighty quite like quadruple amputation. "I only made it through this because of my Faith in Jesus and that's why the doctor says two more surgeries and he can take me off the catheter."

Dr. Thorpe: Not just the Lord, either. That's annoying enough, but guys like him have like fifteen weird hobbies that they have to tell you about. He's also an avid birdwatcher and guilt-trips some poor guy into driving him to the marsh five times a week so he can spot a Crested Warbler, and then he makes the dude write it down in his stupid little book.

Zack: And the dude looks in the book and each bird sighting is done in a different handwriting and in that tragic moment he realizes that all of Paul's hobbies exist so that he has a reason to cajole people into helping him.

Dr. Thorpe: And if the guy says "Paul, I'm kinda too busy for birdwatching this week," Paul goes "that's okay, I can claw my way up to my window and look out of it for birds. It faces a bare brick wall but I'm sure someday a bird will fly down there!"

Zack: Yeah, Paul never acts anything but happy, but he always includes little details about his life that are appallingly tragic. "Hey guys, did I ever tell you about the time I fell out of my sling in the shower and laid on the floor bleeding from my head for two days before the home health nurse found me? No? It's a great story..."

Dr. Thorpe: "If it weren't for Jesus and great friends like you guys, I might get overwhelmed by all this stuff!" And then you have to drive him sixty goddamned miles so he can go to Six Flags, and you have to wheel him around on his cart for five hours watching him grin like a bozo and make kids cry with his deformity every fifteen feet.

Zack: It's not a DE-formity it's a PRO-bably a deformity.

Dr. Thorpe: "I'm just as God made me, and proud of it! Well, God and a crippling childhood illness that left me in this state!"

Zack: "My mother said she wished the test had caught it before I was born, but I'm just happy to be here! Oh, my mom? No, she disappeared when I was seven and left me in a raincoat by the side of the road. 'ET' had just come out so I spent the next three months eating Reese's Pieces in some kid's closet dressed up like a girl. I had to eat my own waste to keep up the illusion."

Dr. Thorpe: "It's a funny story, I didn't learn to talk until I was fifteen because nobody ever tried to talk to me! I'm glad I have people to talk to now!"

Zack: "Now I hardly know when to stop, haha, just tell me if I'm blabbering on." And then your wife cuts you a murderous glare as you start to tell him to shut up.

Dr. Thorpe: But none of this can compare to the "people think I'm not a sexual being just because I was born a little different, but I have the same needs as anyone else" speech. That's when things really start to get awkward.

Zack: Especially if you've been lured into his house. Then he takes you to the ominously named Equipment Room. "Just like normal people, only I sit on this saddle and you can lay on your back and use the clamps to stimulate my prostate. I have no sensation in my genitals so you'll have to watch out in case I start to go to the bathroom."

Dr. Thorpe: And you say "look, I'm really not comfortable with..." and your wife glares at you and kicks you under the table.