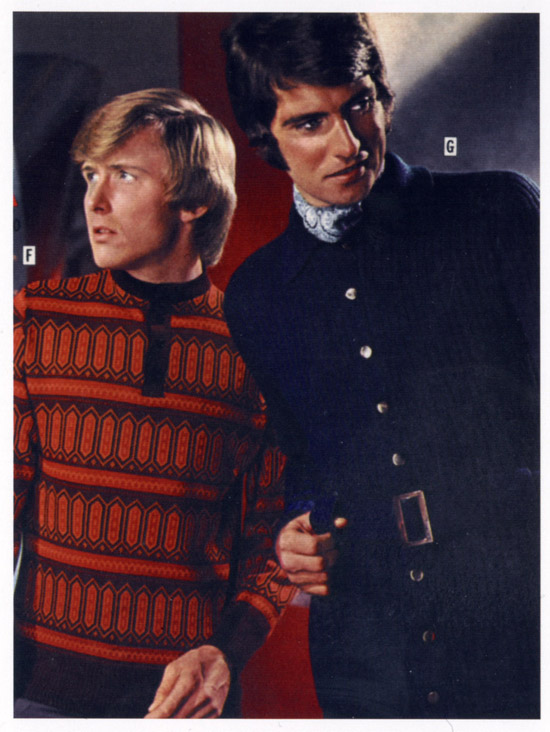 Dr. Thorpe: "Are you sure we should venture into this ruined castle, Dr. Hockney? The tales the locals tell are quite macabre."

Dr. Thorpe: "Nonsense, Terry, it's the only way to unlock the fantastic secret of creating life... and death."

Zack: "Dear Terry, at times science must come clothed in the vestments of the macabre."

Dr. Thorpe: You know, you start to feel sorry for Terry because he has to do all this creepy shit with Dr. Hockney all the time, raising the dead and fighting werewolves with torches and stuff, but on the other hand, hanging out with Dr. Hockney is a great way to meet women.

Zack: And they are usually hot older women with a lot of good experience. Sure, they just want to use him to get to Dr. Hockney's formula, but Terry is willing to let them.

Dr. Thorpe: And Terry knows Dr. Hockney is always going to bail him out of the worst kinds of trouble at the last minute, so, for example, when he meets a succubus he just says "what the hell, I'm going to go with it, Hockney will kill her before she steals my soul." And Hockney always does, so Terry gets laid by a beautiful succubus and then doesn't even have to cuddle afterwards because Hockney just put a dagger through her temple at the last second.

Dr. Thorpe: Same thing with vampires. He'll get seduced by a harem of beautiful vampires, let them have their way with him, and then five seconds before they're about to bite his neck, Hockney kicks the door down and throws stakes through each of their hearts with lightning speed.

Zack: And even if he fucks the werewolf girl and gains the gypsy Curse of the Lupine he will end up getting it reversed by Dr. Hockney. So it's a lot of sex with no strings attached if he can just put up with some poltergeists and chanting.

Dr. Thorpe: I bet on the weekends Terry waits until Dr. Hockney leaves to get groceries, and then he sneaks into the lab and gets awesomely high on Black Dragon Powder or something.

Zack: Maybe Dr. Hockney benefits from it in a similar fashion. Maybe all of his capers and schemes are just an elaborate ruse to watch from concealment as his strapping young companion is mounted by a series of prostitutes paid handsomely to impersonate creatures of the night.

Dr. Thorpe: But the trick is, he really does kill them at the end. Terry's not a dumb guy, so Hockney really has to go overboard with the blood and gore and mutilation if he's going to get him to believe it.

Zack: All of these mysteries and paranormal sightings are just a cover for a pornographic voyeur website Dr. Hockney is making serious money on. Monsters I'd Like to Fuck.

Dr. Thorpe: I think you just came up with a million-dollar idea.

Zack: Dr. Hockney would be a total perfectionist though and he would thoroughly research all of the monsters and make the hookers go through some elaborate coaching to really portray their monstrous nature. And if they fuck up then he immediately shoots them through the neck with a crossbow and leaps into frame to save the day.

Zack: Like he would make the naga woman wear some animatronic snake body molded around her vagina and when it starts to droop off while she is trying to "coil Terry in her lustful embrace" Dr. Hockney would swing in on a rope and lop off her head.

Dr. Thorpe: Plus, he knows Hockey would kill him in a second if he thought he was on to him.

Zack: Actually, this website sounds pretty hot. I think I need to find a fortune of lost Spanish gold to finance my adventures with my strapping young friend. Once it got going it would pay for itself, but it's going to take a lot of startup money to buy the centaur suit.

Dr. Thorpe: And it's hard to find handsome, effete young dandies nowadays. Unless you import them, but the tariffs are pretty high.

Zack: Well maybe I could just go for an American urban youth and have him fucking urban monsters. Like he could fuck the Candyman and those cockroach people from "Mimic." I could combine that with urban exploration to make Urbexxx.com

Dr. Thorpe: Yeah, or imagine the Predator bending him over a burnt-out car, turning invisible, and going to town on him.

Zack: Or CHUDS in a group scene or maybe a giant alligator. Man, none of the urban monsters are hot women.

Dr. Thorpe: What about Species?

Zack: I don't know if I want to get into aliens. That might ruin the believability.