Behind the Scenes: Uwe Boll and Uwe Boll's Alone In the Dark 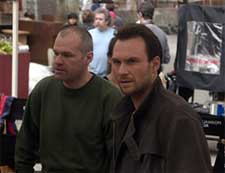 A few years ago I came out of the video game industry to work on the first draft of Uwe Boll's newest film "Alone in the Dark." We had secured the rights for the license from Infogrames and pitched him a few story ideas on it. While he was still in post-production on the critically-acclaimed "House of the Dead" he asked us to write a script around the game "Alone in the Dark." At that point we hadn't seen any footage from any of his films he was worked on, but we heard"House of the Dead" - and I quote - "wasn't going well." I later discovered that was one of this century's biggest understatements.

Since we were going to be screenwriters for him, we decided to see if we could find any footage from his previous films online. We found the trailer for "Sanctimony" and immediately grew very nervous. Did he really just blatantly steal the entire plot and dialogue from the film "Se7en" and repackage it into some inept, half-assed, cliched pile of confusion? Was this guy for real? Who in their right mind would give him money to make anything except possibly trips from a pizza delivery store? And oh, let's not forget that he had big A-list stars in these films. Like Casper Van Diem. And Eric Roberts. And Clint "Car Wreck Face" Howard.

We had already written our story treatment and sent it off to him. He and his loyal team of Boll trolls seemed to like it and asked us to write a full script. It was only after this agreement when Uwe finally decided to send us a few of his wonderful films on VHS for us to watch. He was eager to impress us with his talented work, no doubt. But If you've ever mistakenly stumbled into one of them, I'm sure you will believe me when I say that we sat through some of the most incompetent and retarded films known to man. And I've seen "Feeders."

First we endured "Blackwoods," an incomprehensible straight-to-cable"psychological thriller" crapfest about evil rednecks who put this yuppie guy on trial in their parents' basement for a drunk driving murder. I don't want to spoil the ending, but his deceased girlfriend was actually Bruce Willis, whom he drunkenly killed with his car years ago, and her evil hillbilly parents in the woods were all part of the main character's guilty conscience. Or something. Really. That's really how it ends. Also he cast yet another actor from "Starship Troopers" in the lead. I think Uwe secretly lusts after Euro B-movie maker Paul Verhoven's lucrative career, which is really kind of sad if you think about it.

Soon Boll wanted to prove to the world he didn't need to solely exploit other films for his movies, as he could also exploit real-life people's deaths. He churned out a cheap Columbine school shooting movie called "Homeroom: Heart of America." I can't really ruin too much of the angsty plot for the film, particularly since we all know how Columbine ended, but I must say one thing about it: this was the first movie I've ever seen featuring gratuitous tit-shots during a scene where a retarded girl is raped. One critic sarcastically called it "the absolute best film Uwe Boll has ever made" and and another cracked "imagine the Columbine tragedy as translated into coloring book form." Unfortunately, this powerful movie failed find an American distributor, and I don't foresee this changing unless the retard rape market suddenly picks up.

Then came "House of the Dead," the film that would finally put to rest the eternal debate over whether Boll was as gifted a director as Scorcese, Kurosawa, or Schumacher. This is really the point where the terror of truly bad cinema sets in; we kept hoping the previous films were just terrible errors that were mistakenly titled and sent to us in some kind of cosmic accident. In his behind-the-scenes shoot on the promotional video, Uwe described this zombie opus as "an action-tour-de-force" and compared it to "a serious violence movie like 'Saving Private Ryan.'" You'll notice this film doesn't really have a "house" of the dead as much as an island and a old mine... of the dead, I guess. This is because apparently Uwe gets these two locations very cheap and therefore they must become central parts of every story he directs. We were cracking up and waiting for the punchline that never came throughout the entire movie, occasionally glancing around to see if we were being filmed by a Candid Camera revival. We heard the premise: "a rave... on an island... with zombies... TERRIBLE zombies," but we had no idea he was telling it with a straight face. 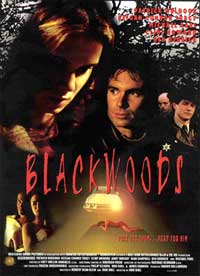 Somebody actually paid money to create this. It will come as no surprise that this person was Uwe Boll.

It was a mess. We knew we were in a terrible situation, and had written a script that was only going to confuse this poor guy. He kept asking us why the character in our script "Alone in the Dark," Edward Carnby, didn't have any special powers to battle monsters. We explained that the story revolved around suspense and a believable detective, based off the game. He replied by telling us he wanted to blatantly rip-off characters, as well as the tone of the films "Blade" and "The Crow." Here are some actual quotes from e-mails directly from the cinematic mastermind Uwe Boll himself in 2002:

Edward is not mysterious and does business as usual – which destroys his entire heroism – his entire reputation built up by the game, would be DESTROYED by this film. Edward has to be mysterious like in THE CROW and BLADE, he has to have special abilities and weapons and no normal BACKSTORY!!!

What isn’t much use are grave things: the dialogue, Edward’s Character and the story per se. IT IS GOOD THAT H IS NOT A SUPERNATURAL SUPERHERO - BUT HE CANNOT BE ALSO TOO NORMAL - HE IS A LONELY HERO.

You don't have big screenplay experience and after my bad experience on House Of Dead, I need a Top Script now. Your first script wasn't that. I want to be scared, intelligent, not boring, packed and surprising at the end.

He wanted us to add "big gun battles" and "car chases." You know, all the things that make horror movies scary, particularly movies that revolve around suspense. We kept arguing with him about how to actually tell a scary story, as it became apparent he had absolutely no idea what he was talking about. A big point of contention was the monsters; he wanted tons of big, slimy, dog-looking CG monsters all over the story, while we kept repeating it was far scarier to keep them in the dark - hey, what do you know, kinda like the title - and build suspense. We tried to use the (at the time) recent film "Signs" to explain this to him, but everything seemed to bounce right off the guy. Boll then went off on a rant that should rank as one of the most confusing arguments ever in history.

WE MUST KNOW A LITTLE MORE ABOUT ALL THIS . LOOK in SIGNS THE AUDIENCE KNOWS THAT THE ALIENS WANTS TO DESTROY - SO HE AUDIENCE IS AFRAID. LIKE WHT YOU SAY ABOUT OSAMA BIN LADEN: WE DONT KNOW A LOT - BUT WE ARE FRAID - BECAUSE OF 11.9. - SO WITHOUT ANY INFORMATIONS ABOUT THE ALIENS WE ALL FEEL NOTHING - WE ARE ALL CONFUSED BUT LETS SAY YOU NEVER WOULD HAVE SHOWED AN ALIEN IN SIGN - IT WOULD BE A DESASTER - NOBODY WOULD TAKE IT SERIOUS!!

Yes, I know English is not his first language, but Jesus Christ, I'm not even sure this man has a first language. That's not even coherent in any intelligible way... and this man is DIRECTING FILMS IN ENGLISH. And whether or not you enjoyed the film "Signs," I didn't think anybody had ever argued that the awkward CG alien scene at the end was really a strong moment in filmmaking history. Finally, our short-lived deal with Boll fell apart during yet another debate about the ending. We felt a good horror movie should leave the audience with a creepy, scary uncertainty at the conclusion. Uwe felt people are more terrified by big excessive gun battles and even bigger monsters than the previously slightly-less-big monsters.