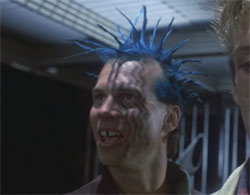 Forget the rest, die like the best.There's no need for me to talk about Bill Paxton growing whole from an acorn fallen from the world tree Yggdrasil. I don't have to make up some tall tale about Bill Paxton being able to karate chop his way through a steel bulkhead or cure tuberculosis with his pee. Save that sort of fanciful factoid for Chuck Norris and Vin Diesel. Reserve it for men who need a little propping up to seem cool.

Bill Paxton doesn't need that sort of bullshit. Bill Paxton fights level five tornadoes and monsters with acid for blood. Bill Paxton mouths off to robots from the future. While Vin Diesel was playing Dungeons and Dragons with his dual-wielding drow fighter, Bill Paxton was directing SNL video shorts. He was starting his own memes 25 years before Chuck Norris post-moderned his metaness all over Maddox.

The last time you saw Chuck Norris he was starring in a Soloflex commercial. Vin Diesel spent the last two years trying to sell leftover copies of The Chronicles of Riddick on eBay. Meanwhile, Bill Paxton has been starring in one of the best shows on TV. It's a show, I might add, in which he plays a character with three wives and about 50 children. Now that's the sort of virility you don't get from a fictional anecdote posted on a blog somewhere.

Bill Paxton is the real deal. The ultimate unsung actor. The triple-threat hero of cinema.

I am pleased to welcome you to His Awesome World. 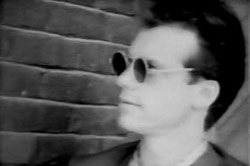 Paxton also wrote, directed, and starred in a few short films during this time period, most notably the classic Barnes & Barnes music video for Fish Heads. Children of the '80s like me saw this video and heard this song roughly 5,000 times growing up, giving us a sort of subliminal taste of the awesomeness of Bill Paxton to come.

His first big break in the business came when he worked with unit director James Cameron on Corman's production of Galaxy of Terror. Cameron recognized the inherent awesomeness of Bill Paxton and wrote a bit part for him in his low budget science fiction film The Terminator. Paxton played a blue-haired punk that sasses the Terminator before getting his clothes forcibly stolen.

A portrait of Dorian Paxton?James Cameron new from the minute he saw Bill Paxton yelling at Arnold Schwarzenegger that he had a potential star on his hands. Cameron would have to wait for his chance to work with Paxton again, as Bill was fast becoming a hot commodity in Hollywood. Who can forget his turn as the noxious older brother Chet in Weird Science? He clacked his giant teeth menacingly and chugged beers in the direction of a fawn-like Anthony Michael Hall before being transformed into a crew-cut living turd. He also uttered the famous threat, "You're stewed, buttwad!"

If anyone could steal a film from the prime flank of Kelly LeBrock, it was Bill Paxton.