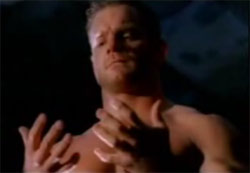 On June 25, 2007, WWE superstar wrestler Chris Benoit, his wife, and their young son were found dead in their home in Georgia. Their deaths were not immediately ruled as homicides by local law enforcement, resulting in one of the dumbest moves by WWE chairman Vince McMahon in weeks.

The episode of RAW scheduled to be broadcast that day was canceled and a tribute to Benoit was offered in its place. McMahon and a cadre of teary-eyed wrestlers testified at length as to the greatness of Chris Benoit.

He was an amazing family man, he was a man with a strange fixation on respect, and he had an enormous heart. Everyone had a bit of asshole on their face when it was revealed, less than a day later, that Benoit was also a child-murderer and wife-slayer. Chris Benoit, the Canadian Crippler, had participated in some good old-fashioned murder-suicide. 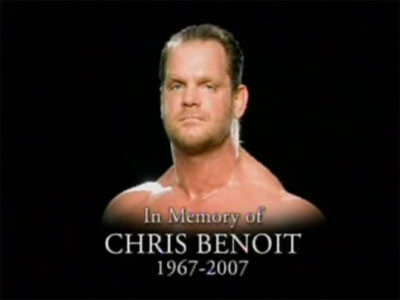 McMahon's decision to run a tribute to Benoit so soon after his mysterious death was just one in a long line of poorly-conceived death tributes associated with wrestling. Vince McMahon is responsible for most of these hokey and rushed tributes, but over the years others must share that burden. 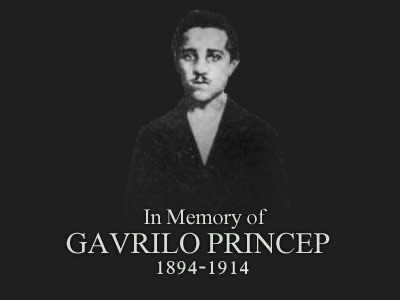 It was a hot summer in Budapest in 1914. Wrestling fans were going wild for the antics of the American strongmen from WWF RAW. Wrestling Czar Vince McMahon was at the top of his game as a sports entertainment promoter. Twice nightly he promised an unearthly spectacle in which his brawny brawlers would mangle exotic animals and each other. He famously boasted that top-grappler Ultimate Warrior could defeat any animal of the sea and pitted Warrior against a dolphin trained to fall beneath a swing.

For reasons unknown, McMahon accepted the word of a shifty-eyed Carpathian gypsy who whispered to him that young wrestler Gavrilo "The Serbian Anarchist" Princep had been shot dead by Archduke Franz Ferdinand. McMahon did not wait to hear official word on the wrestler's fate. He preempted the taping of an event to assemble a tribute for the fallen Princep. On McMahon's orders, wrestlers paraded before the cameras, relating anecdotes about the way the 19-year-old had touched their lives. 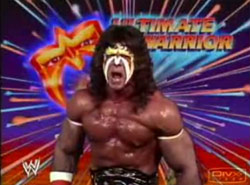 Warrior Nation! I come before you on this day with the fire of the sun inside my HEART, burning with the fire of ten million DYNAMITES! Listen well, Warriors, for the Nation lets in those who love strength and POWER and I have let in GAVRILO Princep. His MIGHT was unsubstantiated. His POWER was inevitable. He was a TRUE SON of these gristly WARRIOR LOINS!

Little Warriors, listen heartfully to this now, because I am PUMPED UP about my GREAT FRIEND Gavrilo. He has been SLAIN in BRUTAL BLOOD by that Austro-Hungarian baboon FRANZ FERDINAND. No chain can hold back my TRIUMPHS in the fields of brutality over this masterpiece of mistakes. Franz will experience extreme TRAUMA because ULTIMATE WARRIOR is going to get his revenge!!

LISTEN TO ME FRANZ FERDINAND. You can run and hide, you can go back to your FANTASY WORLD where you think you can DISRESPECT the WARRIOR. That's not gonna save you from WARRIOR STORM. My thirsty gales of RAW VIOLENCE will pound every inch of your UGLY FACE into dust. Prepare for the Ultimate Code to OVERFLOW on your palaces and castles.

I AM COMING FOR YOU, FRANZ! No one in your family is safe! THE ULTIMATE WARRIOR IS IN SESSION! I am from another dimension of PURE WARRIORS!

The Retraction: A retraction was issued by McMahon and the WWF the following day, but by then it was too late and the gears of war had begun to turn. Furious at being used, The Ultimate Warrior quit the WWF and joined up with an Ottoman Turk promotion based out of Gallipoli. He is said to have personally pinned over 100,000 ANZAC soldiers and several dozen large tortoises, which he loathed.