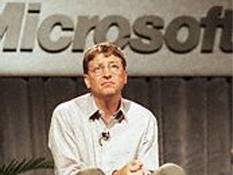 "After months of trying to strike a compromise with the US Justice Department, we feel we have reached a mutually beneficial agreement," Microsoft's legal team declared in a recent press conference. "We can now put this whole mess behind us and continue to do what we've been doing up to this point; create leading-edge operating systems, business software, personal entertainment, and maintain our dominant stranglehold on the market by crushing all forms of competition."

While Judge Thomas Penfield Jackson has not yet approved terms of the agreement, industry analysts believe the proposed split should pass without any opposition.

"Under the proposed agreement, the DoJ should have no difficulty monitoring Microsoft's underhanded and blatantly nefarious activities," quoted Jim Bagleaducia, a senior associate at Hardwick & Salazar, specializing in antitrust laws. "It's pretty much assumed that Microsoft is not going to stop their legacy of evil and unfair business practices. At least this way the government will have a chance to keep up with a good portion of it."

Governmental officials are reportedly also breaking up their law enforcement divisions, creating a special group tentatively dubbed the "Microsoft Monitoring Division", which will consist of a group of 500 officers who will rent out buildings across from important Microsoft structures and "stare through the windows with really high powered binoculars."

Microsoft has been under intense scrutiny from the Federal Government ever since 1996, when a phone call ordering 700,000 gallons of concrete to be dumped into Netscape president Marc Andreessen's office was traced back to a Microsoft building. Eventually the case was thrown out of the court after the government's Access database containing the case's facts and figures was mysteriously corrupted. 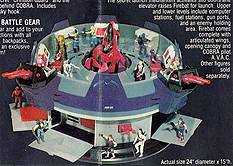 Preliminary plans for the "Bill Gates Dome of Doom" building which will house the new "Microsoft Unbelievably Large Monopoly" department.

"We're simply concerned with getting back on our feet and continuing to provide the public with the absolute highest quality software in the business," continued the Microsoft legal team. "The new company split will allow us to further concentrate our efforts towards constantly improving our award-winning operating system. We will now be able to devote more personnel to our business software, providing both major corporations and small businesses with the same stable and reliable products you've come to expect. Oh yeah, and now our corporate muscle, shifty lawyers, and intimidating representatives will have their own department to further refine the art of bullying, threatening, and forcing all signs of competition into submission where we shall proceed to mercilessly strike them through the heart and banish them to Hades."

Microsoft has already made initial shifts in position management, moving 2% of its staff into the "hired goon" training program and beginning construction on the new "Microsoft Unbelievably Large Monopoly" building, entitled "Bill Gate's Dome of Doom", which is based off the similarly named GI Joe toy, the "Cobra Terrordome".

"I envision a day when the American government will not persecute a man, company, or an institution for such trivial things as illegal business practices and violations of silly, inconsequential laws," quipped Bill Gates during a teleconference from his 50-billion square foot home, which was carved from diamonds. "I also envision the day when the government is too afraid to persecute us because we've got a huge Death Ray Cannon pointed at them."

There has been no official details released regarding what OS the Death Ray Cannon will be using.