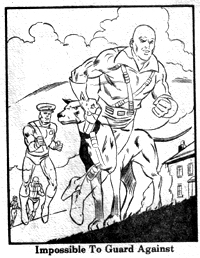 The ghosts run through a dog's body. He feels a freeze, and he'll never understand why this happened. It will haunt him always. He will shiver, and his owners will make him wear a dog sweater, and the other dogs will mock him, and he will sigh. Sunman's offspring never stop to consider how their actions might affect animals. 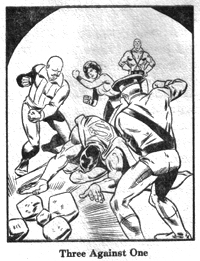 The dead Sunman children aren't always the kind of ghosts who like to be invisible. They can become flesh again when they want revenge. They pummel Superman, because they believe him to be their irresponsible father due to their untrained minds, or because the scientist whose laboratory Superman ruined hired them as assassins. They are very focused and angry, and can't be tantalized by him or distracted by his shining area. 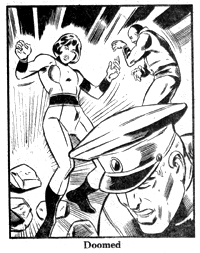 The brilliant rays mean Sunman has returned, and he's very disappointed in his children. He plans to destroy them all, because it's very easy to make new ones. They are doomed. 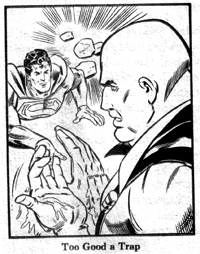 Superman tried to produce babies to defend himself, but he couldn't make them the glow way because Sunman absorbed all the energy in the room. He only made the normal sticky, and it got on the prisoner's hand, and he is not happy, because he thinks this reminds him of being back in jail, even though this is his first day alive. Sunman has made the trap for them all, and they will perish, and he will make replacements.

The True Lesson of this Reading Task is that we should treasure and obey scientists, because their experiments enhance our lives, and they have the knowledge to kill us if they're offended. Also, even though there are no parents at the Facility, we must not pout about this and start hating men and spooking dogs and getting shot by sailors. We were made for a purpose. We have been trained. When we go Outside, we will not embarrass our creators and have to be grown-up aborted. The End. 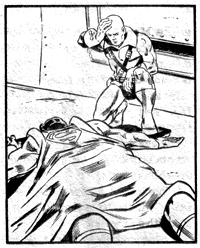