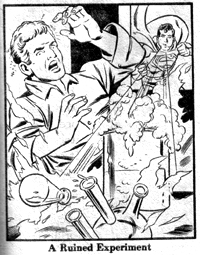 Superman is angry with scientists because of what happened with Sungirl. He goes to the science school and sabotages this student's experiment with his wind breath. The student filled the vials with future baby, because that is how Earth human scientists make children, since they can't make the glow or find a love way partner. Superman will pay for this act. Scientists are smart. They know all the secrets of how to make things die. 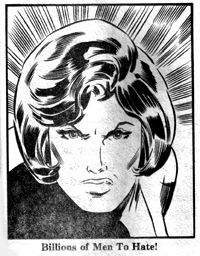 Sungirl hates men, because she she's angry with her dad, who has disappeared since she was born, which isn't as long as she thinks but still; and Superman, who she mistakes for her dad; and her brothers, who are a prisoner and a policeman and a circus strongman. 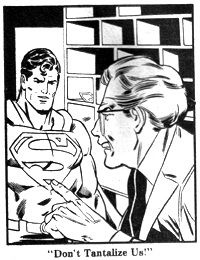 Superman tries to impress an elderly, but he does not want to be tantalized by a radiant man part. This is not a time to be seduced by Superman. The old man fears the wrath of Sungirl, and also what the scientist might do because Superman blew his test tubes. 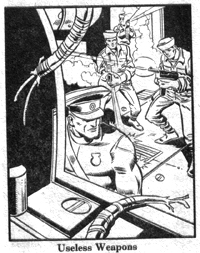 Sailors like to kill policemen, because they want to preserve the lawlessness of the sea. But Sunman's son isn't as easy to kill as most, because of his bulletproof skin. Still, the sailors will murder him eventually. They know how to tie him in knots until he starves. 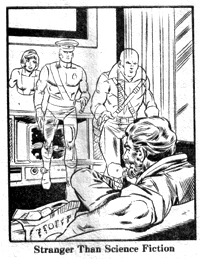 The sailors have slaughtered Sunman's ill-begotten brood, but now they're resurrected as ghosts who escape from the television. Strange Creatures and aliens and undead always transport themselves through televisions. This is why there is no television at the facility.