Hands On With the Raytheon XE-7 Night Eagle

The General Atomics Predator C jet UAV has entered final testing and the drone wars are heating up. But can last generation's killer tech really maintain the cutting edge? We go hands on with Raytheon's latest "Predator killer" to put the XE-7 Night Eagle through its paces and see how it measures up against drones from General Atomics, Lockheed-Martin, and the rumored export "Red Dragon" from Guizhou Aircraft Industry Corporation.

First unveiled at MilCon 2012, the XE-7 has been turning heads among military consumers for its appealing design and promise of new technology. No corners were cut on this robust airframe. It has a sleek, post-century feel with stealth paneling that isn't showy about its low profile. Raytheon has taken cues from the success of the Lockheed-Martin UV-6 Sparrowhawk without seeming like a Guizhou derivative aircraft like the CHV-96 Silkworm. It says, boldly, we can have total functionality without sacrificing aesthetics in our front line drones. It's a difference that you feel from the pilot GUI to the jet start up sound.

Ground scanning radar and autonomous hunt mode are the two big upgrades from the competition. The increased resolution on the search camera - better than any of the competition - promises to improve target identification and reduce incorrect payload deployment scenarios. I was particularly pleased to see a "continuation" function. If you are in the process of, say, targeting donkey carts and you just want the drone to wipe out every donkey cart in range, you can select a target and hit the continuation function. After that you can sit back and let the XE-7 handle your payload delivery.

The Night Eagle was fully capable of delivering a wide variety of payloads to targets. Weather conditions were not a significant factor in our testing, as we launched from Williamsburg and flew simulated missions in Park Slope. The Night Eagle software was easy to use, but not Mac compatible. This was a huge problem and forced me to borrow a PC from my neighbor who smells like lunch meat. The Raytheon specialist told me that military computers are PC based, which is just, let's be honest, fucking gross.

Frustrated operators of the Predator will be pleased to see that the clunky General Atomics mapping has been replaced with a user-friendly Google-style map system that allows the operator to select street views of what they want to deliver payload to. There is definitely a need for this sort of functionality in application environments like Afghanistan or Yemen.

The autonomous hunt mode, while a welcome improvement over the Predator's simplistic patrol programs, still needs some improvements as it kept identifying a bouncy castle at a nearby princess-themed birthday party as a chemical weapons lab. It tried to drop payloads over and over. It mostly just swooped around, since it was unarmed, but at least Cinderella won't be forgetting that birthday anytime soon. 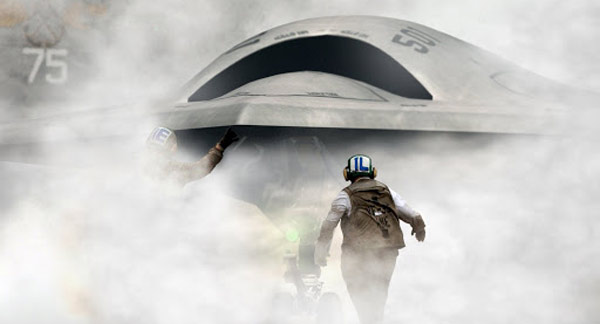 This is a sexy machine. The rich features and sleek design of the Night Eagle make it hard to resist. Those of you waiting for the Sparrowhawk IIC may want to keep waiting, as Lockheed promises "swarm tasking" and "total battlefield awareness" at a lower price point. But, if you need a high end drone solution now and you care about aesthetics, but somehow are still running on a Dell from 2010, then the XE-7 Night Eagle is for you. Will it finally be the "Predator Killer" everyone has been talking about? We'll have to wait for the Predator D at DCon 2014.