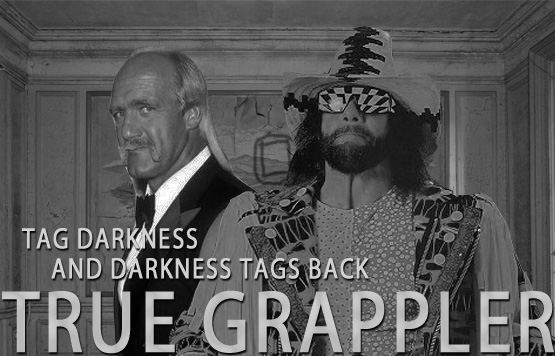 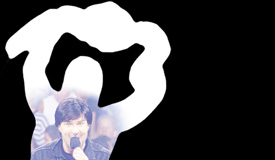 Macho Man Randy Savage and Hulk Hogan are looking at the dead body of one of the Nitro Girls. She is kneeling in front of a spooky tree and has antlers on her head.

Savage: I hope you're ready for the madness to runnnnn willllld on this crime scene. Ohhhhhh yeah. This has got to be a serial killer. Killing the Nitro girls. Ohhhhhh yeeeeeeah.

Hogan: Ya'know, brother, you can't go around making assumptions like that. You want to solve the crime, you've got to do the time. I mean investigating it, brother. That's what Hulkamania says.

Savage: Hulkamania is to solving crimes what a pickle is to solving world hunger. Ohhhhhh yeeeeeah. This is a ritual. It's too specific, with the horns and that weird square and circle symbol. It would be like La Parka walking out on his first night and doing the whole chairman of the WCW thing with the folding chair.

Hogan: Brother, ya'know what the difference is between me and you?

Savage: I never had my own brand of pasta.

Hogan: Gun control...cuz nothing can control these guns. *flexes biceps*

Savage: *gets into car, squints at bayou* I guess we'll find out at Summer Slam.

Hogan: Brother, this isn't a good time, but you can't put off Heather Clem anymore. Ya gotta come over for dinner tonight and bring the Madness. 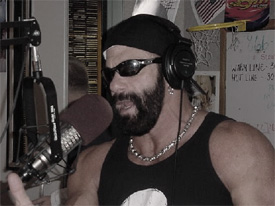 Macho Man is in an interrogation room, the shelf behind him piled high with unsold merch. He stares at the two WWE security guards through his shades.

Savage: I'm guessin' you called me down here to listen to my rap album.

Security Guard: *exchanges glance with other security guard* No, that's not it...

Savage: (rapping voice) Be a man Hulk Come on don't be scared, You're runnin' from Macho that's what I heard.

Security Guard: Actually...this is about what happened with Chris Benoit.