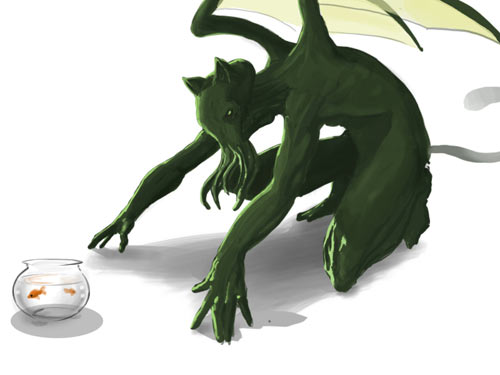 Paint Monster 3 - Give me 2 I'll give you 1 - The tradition continues in a thread that's fun for all involved! Those with talent may take requests, while those without may head here.

This is HORSE country! - Thank God he didn't pick something that rhymed with Sparta.

I'm a father. When the fuck did that happen!? - I hate you! You're not my father and I don't have to listen to you! You'll never be Hakan!

2008 emoticon - SA continues the tradition of creating emoticons that double as both a regdate burn and a way to say, "I am a shitty poster who makes regdate burns."

Rugrats - What the fuck?

The Reluctant Woodsman - It's a Bruiser thread. Now go change your underwear before click this link. Oh God you're going to sit there and keep reading aren't you?

Grant Morrison DisinfoCon lecture - what. This be a 45 minute lecture by the drug guru of modern comics, Grant Morrison. The creator of The Invisibles, current writer of Batman and upcoming designer of the DC Universe Grant Morrison is known for his... eclectic behavior.

It's the 2nd Annual Bessies Awards! Well, the nominations, anyway! Its that time of the year again. Yes, time for BSS to give out awards and such to people who will never hear of it or care!

Let's Ruin the Moment Some More Its been a while since it has been featured so here it is again. The ruin the moment thread is for all of your fan altered comic needs. Its uh, funnier than it sounds.

Funny Panel of the Week
thanks gothfae