I hate when they give shirts away with games, because they are too small - Nice preorder "bonus," it doesn't even come in XXXL? You just lost a sale, Turok.

Post your favorite videogame easter eggs! - A little known fact: pressing start in most NES games will freeze everything until you are ready to play again (a "pause" so to speak).

Best games (not a favorites thread) - Quick without looking: what is the over/under on how many posts it takes for Final Fantasy VII to be mentioned? The answer may surprise you!

It's good to be bad.. But it's Terrific to be Monstrous. Dungeon Keeper 1 - I can safely say this is the best strategy/RTS game in which you use traps to fend off heroes ever made.

YCS goty just goty poll - Sometimes a game is so good you just gotta drop the controller, run to the internet, and proclaim "this is GOTY just GOTY." 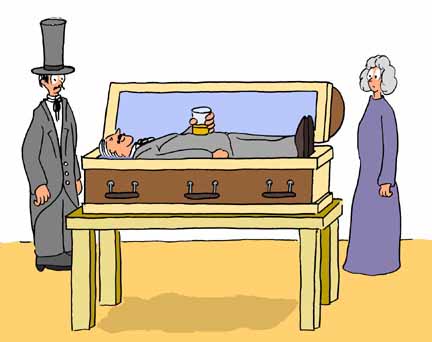 Good things never last. Our beloved BYOB was recently moved to a new forum subgroup called "Retarded Forums for Fags" and all its moderators were demodded shortly thereafter. Some of those FYAD fucks, sensing weakness, stormed the forum and posted about pab and goatse. On December 8, the forum was finally closed. Lowtax may bring it back in another incarnation, but for now I implore all my fellow forumgoers to provide shelter for the newly transient 'yobs.

WARNING: Unlike the usual BYOB threads, these ones will probably have goatse or some other non-work-safe pics in them.
rofl... yadders in the yobbery... arm the :buddy:-bong... - AAAAAAAAA!!!!!! Kauka has a breakdown while trying to rationalize the collision of BYOB and FYAD. Can racism be chill? What the hell is PAB?

hey i think this is a good time to republiszie teh slick brisket nudes - The decadence of BYOB has come to a head in its final hours. It's Lord of the Flies all over again, and forumgoer "slick brisket" has taken the role of Piggy.

countdown until someone announces creating an offsite byob over irc or aim - They thought they could crush our posting spirit. But some of us survived. As I stand here holding this chillaxe high above my head, I say to you all, WE WILL ENDURE! WE WILL PREVAIL!

for the uninitiated heres a sweet pic of poster Og Oggilby - Now that the rules are out the window, once-docile BYOB posters quickly descend upon fellow goon Og Oggilby and call him out on his wine glass pose and love of classic films.

I dont think you faggots understand. Im not going away. - Eiot Ness is a threadshitting experiment. Eliot Ness decides to exploit BYOB's current state and emerge as its new ruler. Just as he finishes his last image spam and howls "z0rrrr" in triumph, the forum is closed. This is what it feels like to be king of the world and then to lose it all in an instant.

Army Combat Manual (easiest photoshop ever itt) - Anyone who draws realistic depictions of people fighting does so with the knowledge that their work will be photoshopped into gay sex and drug use cartoons within a week of publication.