PRON HAUL: and you will know USA by the trail of dead With Ron Paul's recent failure in Iowa and his upcoming failure in New Hampshire now is a great time to be making fun of Ron Paul supporters on the internet. Also, this:

Two Worlds - A Pictorial I know I linked to this thread last week but come on, its been pretty funny this week as well. There's a little present for you in the thread that I can't post here. Trust me though, its worth it. (look for posts by forum goer Tony Danza's Ho)

The Year That Was: A GBS Retrospective on 2007 I guess there was a thread in GBS where people would list their highs and lows of the last year. Hey! Let's make fun of them! 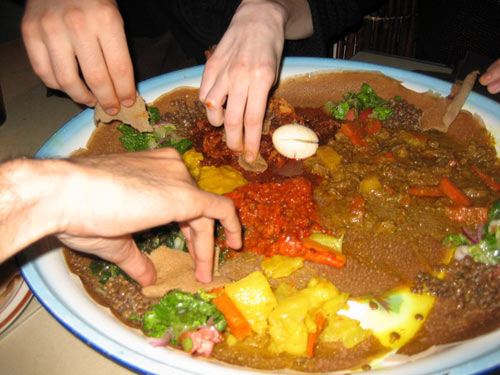 Uplifting Meals - The food that makes you feel good. And who doesn't like feeling good?

Tell me about tea and how to enjoy it. - For the amount of otaku and Englishmen hanging about this place, there is a surprising lack of knowledge about tea on these fine forums. Remedy that here.

Eating healthy with lard and its by-products - Well, I can't think of anything healthier.

Garlic = Body Odor? Not fair! - As with many similar situations, the solution is to consume more. Or perhaps move to Thailand, which is also a good idea.