The ladies of Wrestlehut Oh who could have ever guessed that female wrestling fans aren't how you say... good looking. Me, that's who (this guy right here.)

GBS sucks I won't lie to you, there's a bunch of crap in this thread but it does eventually get better. Maybe I shouldn't have chosen it, unfortunately I can't go back because my keyboard doesn't have a backspace key. Or a delete button and the shortcuts for copy/paste don't work either.

New Helldump Rule No trolling allowed in Helldump. If you even think about trolling the 'dump Imma gonna track you down and report you SO HARD. 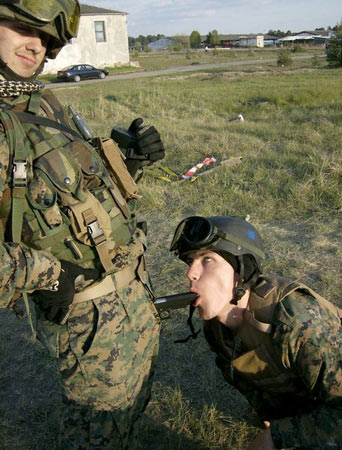 Tell me about World War 1 and 2 weponry - Cyrano just won't shut the fuck up, will he?

The Postal Service Wants Your Guns! -

Help me rock the apocalypse - Lets find out what survival spoons are best suited for surviving any apocalyptic scenario!

Better late than never: the 2007 Ft. Morgan MG Shoot! [IMG Heavy - Beware] - Need some ideas for travel destinations in 2008? Why not take a look at what a bunch of hicks and rednecks with fully automatic weapons did last spring! There may even be a few field pieces and anti aircraft weapons in case you need ideas for your next holy war.