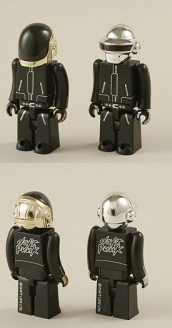 Free giveaways of my latest CD! - Lowtax wants everyone to review his CD and he's even giving away free copies.

Daft Punk is Alive ! - Daft Punk is wrapping up their current tour and there is a bunch of good content in here.

strip clubbing - Do you need music for your strip club? NMD is here to help.

New KMFDM - Tohuvabohu! - Happy days are here again, KMFDM has put out another load of shit just like the rest of the crap since they got back together.

AWFUL Local Bands - This thread will definitely never run out of material.

Bad parts in good songs. - There's always a reason to not like something if you look hard enough.

your views on music magazines "greatest albums of all time" lists - Do you like lists of albums? This one doesn't have Led Zeppelin, The Beatles, or Metallica at the top. 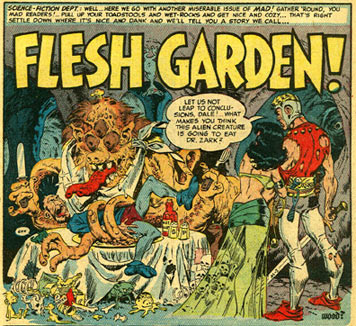 Flash Gordon, Defending the Earth starting August 10th - My only exposure to Flash Gordon is this "Flesh Garden" parody that MAD Magazine did back when they were still a comic book, so maybe I'm being totally off-base here, but from what I understand, Flash Gordon is like Alvin & The Chipmunks in that it's a franchise that somehow keeps getting reincarnated despite never really being all that good in the first place, if at all. Nevertheless, it appears to have amassed enough of a fanbase to fill two pages with complaints about how those knuckleheads over at the Sci-Fi Network are getting it ALL WRONG.

Human Weapon, where every week Bill gets the shit kicked out of him. - A football player getting beat up?! Has the world gone topsy-turvey or has the revenge of the the nerds finally come to fruition??

Dear God, VH1 gave that PUA "Mystery" faggot his own reality show. - raditts explains it better than I can, but basically there's a new VH1 show based around the creator of the Mystery Method, a creepily misogynist method philosophy of picking up chicks adhered to by desperate nerds who believe seducing women is just like punching in a cheat code in a video game. It's that old Charles Atlas comic book ad updated for the 21st century.

The lost pilots of history.... - Back in the 1960s, pretty much every show on network television had a wacky premise. Horses talked. Families were comprised of monsters. Witches and genies tantalized America's men. Aliens were taken in as uncles. Mothers were reincarnated as cars. Whatever happened to that zany, madcap spirit? It still lives on in TV pilots that never get picked up. In this thread, TV IV leaguers discuss some of the crazier ones out there. Be sure to check out the YouTube clip of Conan O'Brien's Lookwell starring Adam West.