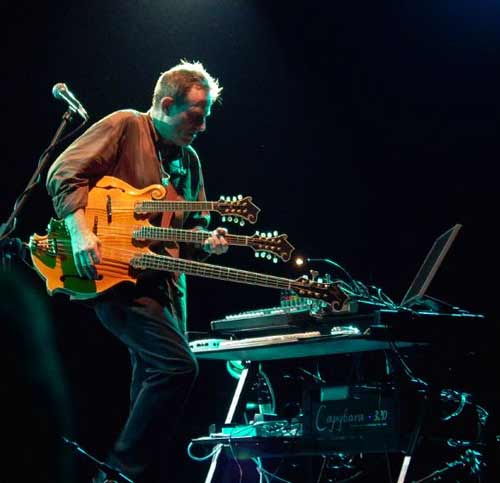 Radiohead's New Album is Finished! Now What? - Now you come up with wild theories about who will release it and what it will sound like. And, in case you're wondering, it's going to be released on XboxLive only.

Mind-blowing music trivia - Your mind might not be blown, unless you are easily frightened by bad rap albums

Awful rap hits/"fads" - On that note, let us not forget the auditory trainwreck that is Laffy Taffy. But wait, don't hate on the current trends in rap just yet. There has always been that shitty club music element, right?

Suggest some Spanish language music - Tejano radio got you down? Monosyllabicgoon's thread is here to broaden your horizons.

Who are your favourite online music retailers? - NMD's online music thread. Well, it is as of Saturday. There are some decent reviews/descriptions and we need more contributions.

Led Zeppelin might do one-off show in London this year - Confirmed, for now. Next up, a Pink Floyd tour with Genesis opening.

[Cross Post]The Long Mouth Castle - Only Human EP. My new EP for you. - LISTEN TO MY EP! This is worth your time, it's only five tracks. And don't forget to write a review, or AccountSupervisor will never become a better musician!

[Austin] Fun Fun Fun Fest (1-3 November) - Wrong date. Anyway, this is a great lineup and should be a much better vibe than ACL and SXSW. The punk/hardcore stage by itself is worth the cash.

Bringing back those LucasArts adventure games - [ASK] me about Loom!

Nintendo Wii takes #1 spot - It's just keeping the top warm until the Virtual Boy can regain its lost momentum.

Interesting Article: Death to the Games Industry - Put on your smoking jacket and engage in some intellectual debate about the state of video game innovation. Alternatively, thrash around on the floor while shouting.

AUGUST NPD NUMBERS... HAHAHAHAHAHAHAHAHAHAHAH - This thread is a really good example of why you shouldn't be emotionally invested in the success of video game companies.