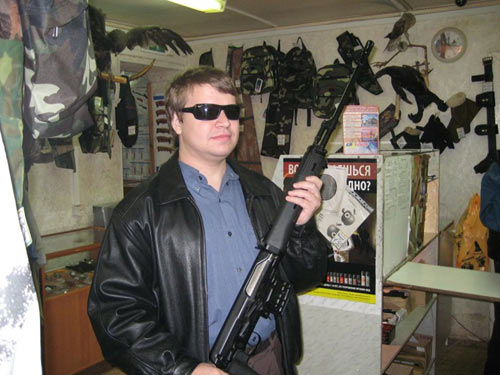 Its me again, From Russia with.... - The Firing Range's favorite gun toting, history teaching, Russian speaking blind man posts from his temporary Russian home. With guns of course.

20rd bullpup shotgun about to hit the market - They say necessity is the mother of invention but I haven't figured out what necessitated this wonder device. They could have at least made it semi automatic.

Dunhams Discount Sports strange and idiotic policy - How I learned to live with idiotic story policies and go spend my money somewhere else.

Killing in Komiks - Sometimes known as "Why doesn't Batman or a court of law kill the Joker?!"... But besides the fact that it's serialized fiction there are some interesting arguments about Marvel/DC and other superhero universes.

Weekly-comics.com - A new way to track your lists - Brand new goon CarpeSimia pays ten dollars to respond to a post about his latest creation to help you avoid missing the latest issue of Patsy Walker: Agent of R.O.M.A.N.C.E.

New TV show "The Graysons" - Do you like Smallville? God help you. But haven't you always, in your secret heart of hearts, wanted to follow the adventures of Dick Grayson before his acrobat parents were murdered and he became Robin? You know, when he was eight years old? No? Too bad!

Funny Panel of the Week - Thanks, me! 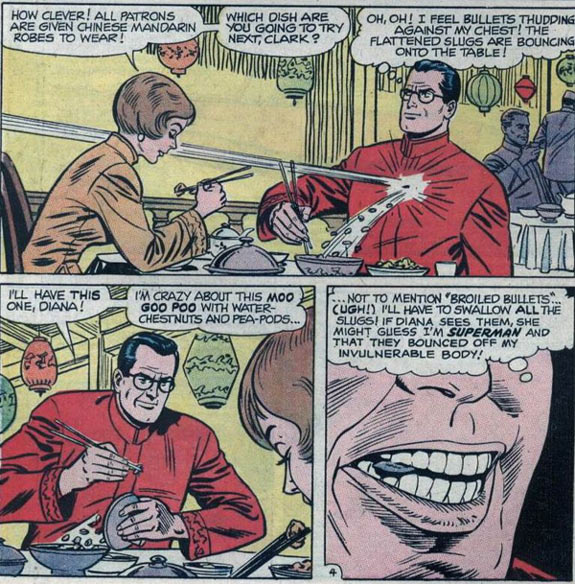