Monday, Dec 10, 2007 by Jon "@fart" Hendren (@fart)
~*~ Batman's Shameful Secret ~*~
Reppin': muscles like this?
"Urrrrsulllaaa!!" Was there ever a comic book where some guy died and screamed out "Ursullaaaa!"? Because if so maybe he was calling out someone's name or maybe he was just dying really bad.
(Ursula is a terrible name is what I'm trying to say.)

Comicbook clothes, and other apparelt where do you shop? Yeah, there's a typo in the thread title but what do I look like, a guy who fixes things? Ehhhh, anyway want to look extra swanky in your comic book clothes? Well you can't you fucking nerd. These clothes aren't too bad though.

What is the Worst Comic in the World? There are only two options on this both and trust me both of the books really suck. One sucks much much harder though. See if you can figure it out.

Ultimate Marvel Discussion: Jeph Loeb and His Hatchet Ultimates 3 is out and boy howdy does it suck. Also, it seems that Jeph Loeb has been given carte blanche over the entire Ultimate Universe (with the exception of Ultimate Spider-Man.) Man, I sure am glad Jeph Loeb is a good... hahahahahahaha I can't say that with a straight face!

The Dresden Codak Thread: The Talking Butt Symbolizes Transhumanism Dresden Codak is a webcomic that suffers both highs and lows. This somehow has something to do with a talking butt, what, I don't know.

Funny Panel of the Week
Thanks gothfae 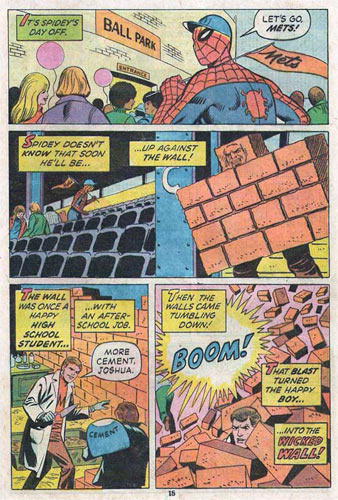 TobleroneTriangular: battle of the TTs I'm pretty sure I've showcased this thread before but frankly something has happened. Something wonderful. Starting around page 34 Goatstein starts writing the epic saga of a young boy who gains the power of purestrain gold becoming TOBLERONE TRIANGULAR!

My girlfriend's butthole is bleeding white lumps. Possibly lymphoma? Who could have possibly guessed that going through the Goon Doctor subforum would reveal that goons are quite... icky. We got people losing things in their belly buttons and a girl who keeps discharging something from her vagina. Ew.

Fuck the homless Lousy rich-ass homeless people with their fancy houses and Wiis and uh eating out of garbage? How angry can you get at someone who has to live off of the kindness of jerks like you?