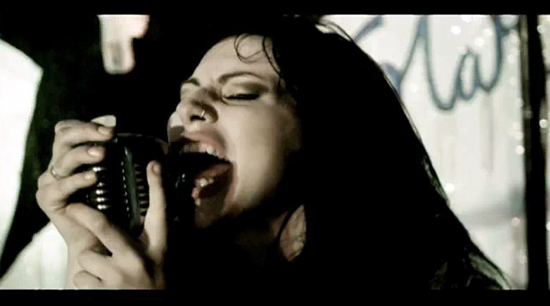 This video took me on a magical ride back to the bad old days of the '90s, when Crazy Town, POD, and Methods of Mayhem were still playing venues other than county fairs. I can vividly imagine plucking Die Mannequin's CD out of the $.10 cutout bin next to the CIV and Shift albums while trampling a dusty pile of free Die Mannequin posters that lay unwanted on the floor next to the door. It's kind of mind-blowing that a band like this exists in 2010, coming off like Powerman 5000 fronted by a Tank Girl extra doing her best Bif Naked impression.

I guess some things never change, with this video's litany of hackneyed "hard rock" cliches serving as proof. Lame girls who look like Spencer's models still like old cars for some reason, video sluts still think dressing up as a "sexy cop" is titillating, and the list of "edgy rock video props" remains unchanged: cheap guitar in some absurd shape (via a junkie who sold it to a pawn shop near the video set); Kool-Aid-stained wife beater; American Spirit cigarette dangling from cracked lips; faux gang signs; limp, greasy hair; piercings that would make a Claire's cashier seem sophisticated; and of course plenty of tacky tattoos straight off the wall of the local scratcher's filthy shop. -Sgt. D 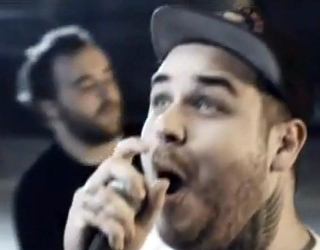 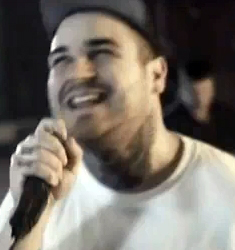 Emmure, "I Thought You Met Telly and Turned Me into Casper"

Emmure plays metalcore, which, sometimes it's better than deathcore, and sometimes it's worse. One thing these wretched subgenres clearly have in common is the desire to punish viewers with unwatchable garbage. -GD 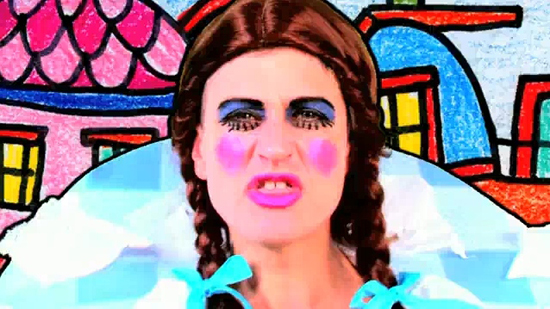 I feel bad for Peaches. I really do. At first glance, she comes across as the latest "shrill, angry womyn," in the tiresome tradition of Bikini Kill. But she's a smart lady (it *is* a lady, right?), and I give her more credit than that. Clearly, she wishes she could be successful as a mainstream pop musician, but she's self-aware enough to realize that her "Lady Gaga after hideous disfigurement via industrial accident" looks make that dream an impossibility.

Instead, she takes advantage of the low self-esteem and insecurity of fatties, freaks, losers and other outcasts to build a fanbase that celebrates horrifyingly unattractive, personally repellent trainwrecks like Peaches. It worked for Hot Topic, and I tip my hat to her for making the most of the paltry genetic hand she was dealt. You see, in the topsy-turvy world of the angry womyn, Peaches isn't hideous, she's "confronting backward, heteronormative beauty standards." She's not doing an insultingly phony version of electro, she's "defusing the power of misogynist language by appropriating hip hop culture."

As for the video, this predictable series of womynist memes elicits little more than eye-rolling. An amateurish, drag-infused take on The Wizard of Oz? Snore. Some ugly broad saying "fuck" over a dull Garageband loop? Wake me when it's over. The only part I liked was remembering how grateful I am to be normal, attractive, and popular. -Sgt. D