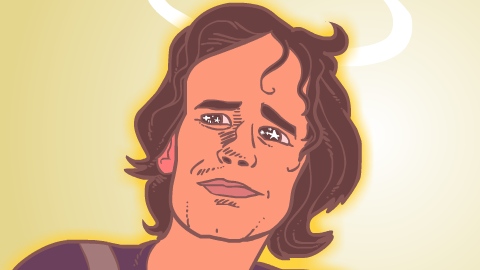 I don't think people who profess to enjoy the music of Jeff Buckley are masochists, necessarily. I mean, by contrast, I do think that people who profess to enjoy the music of Nick Drake are complete and utter masochists. What other explanation could there be? They can't derive any enjoyment out of it, surely? Listen to that voice: so weepy, so whiny, so steeped in its own misery and despair, such a negative force of nature. He had a couple of good songs, I'll grant you (more than could be said for Jeff Buckley) - "Northern Sky," "Pink Moon" (best known to Americans as background music in a car advert) - but fuck, he sure couldn't sing them. Drippy private schoolboy folksy dullard whiny shit. It's not melancholia. It's maudlin, and it's painful to listen to.

But back to Buckley. The fellow had a reasonable voice back when he was alive. I know it's difficult to believe, given the generations who have followed and aped him since his untimely death in the mid-'90s, but it's true. I know it's difficult to believe listening to his one and only studio album, 1994's horrendously overproduced Grace, an album so un-subtle and steeped in the favoured sound of the day (some call it 'grunge,' but not 'round these parts you don't, matey, not if you're fond of that lip you're sporting) that it makes Eddie Vedder sound like Moondog. Well, actually, no. It doesn't. But you understand where I'm coming from, right? Pure suburban metal for the slacker generation.

Before the alternative rock glitterati took him to their pulsating bosom in the mid-'90s, Jeff was a guitar-for hire in LA, and the production on Grace reflects it. It's all self-immolating, session-musician wisdom and ridiculous see-through despair: An album for wannabe druggies to listen to while thinking how hardcore it would be to take some actual drugs, but never daring. (Fucking wise up, jerks! It'd be way more hardcore to listen to some great music.) His present-day equivalent is Dylan LeBlanc, but Dylan has a more sensitive production.

I know it's hard to believe Jeff Buckley might have had a decent voice, listening to all the "alternative" bands who've diluted and codified his trembling, soaring, whining vocal manner into commercial bankability and a rich white-boy attitude: Look at me! The maid didn't pat down my pillows properly this morning, so I'm going to COMPLAIN.

Why, hello Thom Yorke and Chris Martin and all of The Vines! 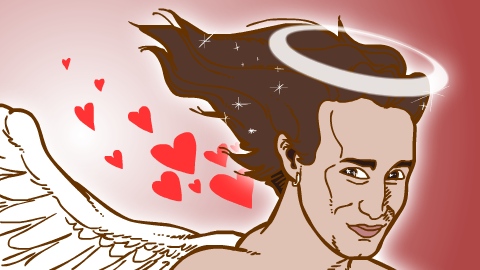 I know it's hard to believe listening to the same handful of songs that everyone knows Jeff Buckley for these days - oh wait, handful of song - now that he's safely dead and romanticised and can be compartmentalised to his fans' and the record industry's content, but he really did once have an OK voice. Indeed, I know it's so hard to believe that right now you're reading these words and thinking to yourself, "Fucking Everett True, man, he's fucking lost it, he must thinking of Jeff Buckley's dad, Tim Buckley, another doomed troubadour, dead before his time and stupidly venerated because of it, another man best known for doing an inferior version of another man's song ... though in Tim's case, and in the song's case (Fred Neil's "Dolphins"), he made quite a decent stab at it."

No, I'm fucking NOT thinking of Tim, though often have been the times I wished I were whenever his son's name is mentioned in the same phrase as "classic" and (shudder) "rock": I'm fully familiar with Tim Buckley's oeuvre, thank you very much, particularly his gently billowing, wavering and searching voice on 1969's Happy Sad and on the incredible live album Dream Letter: Live in London 1968 (released posthumously in 1990).

Plenty of other folk do get confused, though: witness the 2005 "tribute" album Dream Brother: The Songs of Tim and Jeff Buckley - wow! What a great concept! Talk about cheapening two men's body of work with one fell blow.

No, it's Jeff Buckley I'm thinking of. In the mid-'90s I once saw him reduce a packed CBGBs to silence, not even the sound of glasses clinking at the bar, with just a trembling, slightly histrionic voice and the barest of acoustic guitars: This wasn't industry bullshit or retrospective hype (though having a cult-status dad probably didn't hurt, either). He had an a pretty OK voice and a stage presence to match - he just didn't know what to do with either, placed the emphasis on the showing off and the bullshit, ignored the 'questing, searching' aspect.

He fucking ruined that Leonard Cohen song, didn't he? Listen to the two back-to-back, and I dare you to contradict me. Sucked all the emotion out of it, the way he simply viewed it as a vehicle for his voice. WHAT ABOUT THE SONG, YOU TOSSER?! (The critic rails futilely at a cold, crumbling gravestone.) 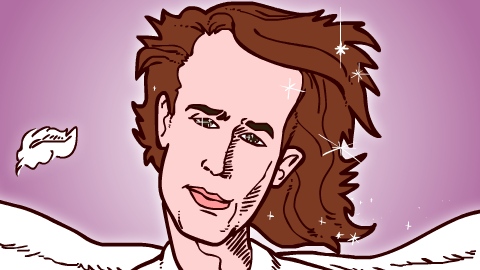 Thanks to Shmorky for the tribute portraits, which will endear Everett to Buckley fans who only look at the pictures.