Music is the only form of artistic expression that has progressively evolved with the human species. By contrast, using the jumbo pack of crayons to complete G.I. Joe coloring books has been the same mundane task since the dawn of civilization. Crafting jewelry has actually regressed into a less sophisticated form of artistry, given that as long as Oprah is narrating the footage, even obscure rainforest monkeys can weave slap bracelets out of yarn and silk. Making pottery is just gay, so even if pottery art has evolved like music has, no one gives a flying fuck.

Anyway, music is the topic here. As humans develop into more complexly structured beings, their musical output develops as well. I am the most famous and important person of the past 30 years, so I don't need to explain to you how annoying I find people to be; you already know. But what I will explain to you is how annoying the evolution of music has been, and will continue to be. Let's review a brief timeline, and then we'll take a peek into the future. Enjoy!

Important years, and things that happened in them: 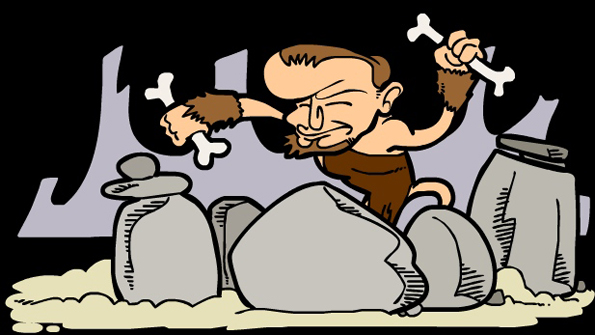 A primitive man named Loth tightens a sheet of deerskin around a hollow log, and he bangs on it with a padded stick. The sound "clunk" is heard. He says "DRUM!" out loud, while the entire village gasps. The reason he said "DRUM!" is not because he was naming his invention, but instead because at this point in civilization, human beings were too fucking stupid to say anything other than "DRUM!" Regardless, everyone soon learned how to play this new instrument. Music was created, in the form of drum patterns and rhythms. Pitchfork Media gave Loth's invention a 5.2, calling it "campy," "pedantic," and "strongly obfuscated by primal convalescence and fatuous lunacy."

33 a.d. THE HARBINGER OF ALL SONG CLICHES IS NAILED TO A GIANT LOWERCASE t.

People don't seem to grasp the idea that Jesus had no knowledge of poetry and where it would end up a few thousand years after he died. I mean, seriously: Do you think that while he was being beaten with chipped-stone ax blades and scourged by hideous, sinful men, that he knew this meant every single bubblegum pop song, written by 39-year-old men for a target audience of 14-year-old girls, would reference angels/demons/spirits/god and the devil?

There is no denying that the lil homie spent 33 years of his life being tortured and persecuted by people who didn't think he could communicate with angels/ demons/spirits/god or the devil. So this is my question to you slimy jerks, who sit in the studio penning songs for other singers, or for your own bands: DO YOU HAVE THE CREATIVE CAPACITY TO WRITE ABOUT THINGS THAT ARE NOT RELATED TO JESUS? Everyone knows that sex feels better without a condom. Just like music sounds better without trite biblical references. Stop or die. 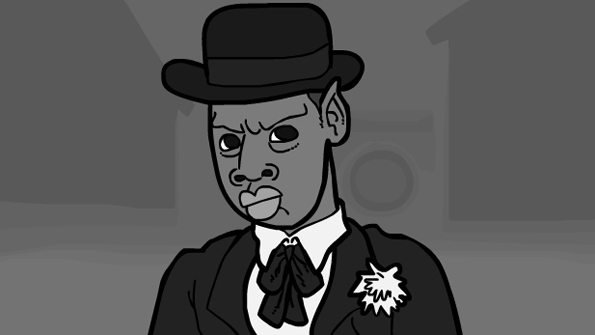 Sean Carter, a.k.a. Jay-Z, is the oldest person alive. He has also amassed more money than any entertainer alive. In fact, there are rumors that he and his Russian cosmonaut-assembled cyborg wife Beyoncé Knowles plan on purchasing South America sometime in 2011. That's not the basis of this bullet point, though. 1897 marked a very historical year for music, because it was Jay-Z's first year being alive. He would not release his first album until 1996, but we still celebrate him and his 983 years of hustling crack rock in Brooklyn.