The Vietnam War was taking place, and John Lennon needed for people to pay attention to him, and not it. That was a mighty task to accomplish, so he decided he would become the figurehead OF the Vietnam War. Brilliant? Yes. However, people have horribly misinterpreted the concept of the resultant song. He meant "Give PIECE a Chance," as in encouraging people to take their guns out and put a couple hollow points in Charlie. Luckily, NWA discovered the true meaning of this song one night whilst Dr. Dre had a séance with John Lennon in his backyard. Lennon said "These faggoty liberals don't get it. I was trying to tell them to put on their ski masks and go to town! You gotta represent Compton the real way, Dre." Music hasn't truly been about love since.

1981 a.d. THE STRAIGHT EDGE MOVEMENT IS JUST A MISUNDERSTANDING. 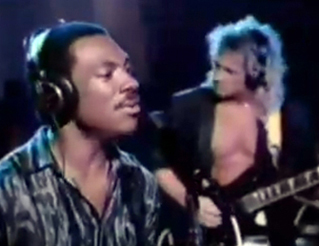 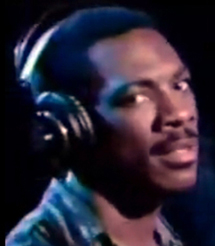 "The Moonlit Sonata by Beethoven has always been one of the more sullen, melancholy pieces of music I have turned to in moments of deep panic or anxiety. While I was studying at Harvard and being mentored by Carl Sagan, the daily tedium of astronomy, and the racism projected onto me by local Cambridge drunks, was enough to make me want to toss it all out of the window and get a job wrapping presents at Service Merchandise. It was a terrible struggle for me. I played Beethoven to no end, but similar to heroin, it stopped producing an effect. I hit a real low when I was studying advanced number theory, and in a moment of attempted relaxation and focus, Beethoven became completely vapid. It was over. The Moonlit Sonata could get me into Harvard, but graduating? Not so much.

I stood outside in the pouring rain, demanding that God give me music to help me in my studies. As I was screaming at God (in whom I don't actually believe -- referencing Him just helps push this striking narrative forward), a homeless man approached me and asked me if I would like to buy an unopened package of Easter Peeps. He told me he had a boat that ran out of gas, and he was selling his daughter's only Easter Peeps as a way to fill his gas tank. In his boat. That was apparently parked at Sharky's Pizza Bar in downtown Cambridge. Nowhere near the water. I told him "No."

He then pulled out a copy of Eddie Murphy's first official pop album. I said to the young gent, "How much would you like for that Eddie Murphy CD?" He said, "$1." Sold. I took it inside and immediately skipped to the song "Party All the Time". Suddenly, I closed my eyes, and I saw a chubby toad in a tuxedo and a top hat, dancing on a piano with a marble cane. He was singing "My girl wants to party all the time!" while spray-painting Mihilescu's theorem on an endless blue sky of transcendental numbers, cyclotomic fields and perfect powers! I walked into the Dean of Harvard's office that night and completed the next three years of my schooling in 45 minutes while eating coffee cake and singing Eddie Murphy. Who the fuck is Beethoven? Who knows? I know. He's not Eddie Murphy. Deaf people can't play animated donkeys, and they cannot increase your intelligence quotient. Sell-outs. Anyway, the point in all of this, is that actors and athletes can also make brilliant music. It just requires hitting a wall to appreciate it.

Thank you for your time, NT." (He spoke this aloud.)