Music News That Should Have Happened In 2011

The collaboration between Lou Reed and Metallica was easily the highest point in an otherwise terribly dull year for music news. Lulu, their album of plodding heavy rock and mumbled teenager poetry, was so misguided, lazy, and inherently funny on every level that it left all other stories wanting.

At the risk of harping on a topic that's already been covered, it was seriously amazing. Where they failed musically, Lou Reed and James Hetfield harmonized perfectly while responding to criticism, their voices merging to create the sonically fueled apparition of one incredible mega-dick. Hetfield chalked the album's cold reception up to "fearful people" and Reed claimed that it had been intended for "literate people," shrugging off all responsibility for creating bad music and placing it on the shoulders of an imaginary audience that was being unfair and narrow-minded.

Because there wasn't much else going on in 2011, it seems appropriate to celebrate the year that should have been. These are the stories that would have made it far more rewarding to follow music news.

The International Criminal Court in The Hague ruled against LMFAO's "Party Rock Anthem", on the grounds that the crime against humanity did not actually include any rock in spite of its title. The song was forbidden from being sold, distributed, played, and referenced.

This came as no surprise to anyone who had been following the case. What was surprising, however, was the further punishment handed down to the band themselves for "attempting to perpetuate a flippant (but coldly calculated) fashion style, in direct violation of the copyrights claimed by the Digital Underground's Shock G, AKA Humpty Hump."

The ruling carried a sentence of a lifetime in an undisclosed political prison, with no access to weird glasses or clashing clothes with wild patterns. Also, Shock G was officially canonized as a saint, a brazen demonstration of the court's power. 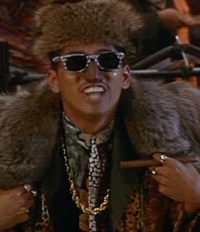 Before the session ended, the court ruled that the concept of a "Party Rock Anthem" probably fell within the intellectual copyright of Andrew W.K. He was awarded 100% of the profits generated by the song. Mr. W.K. used this money to buy macaroni and cheese for all of his fans, and to purchase advertising space in Times Square reminding everyone to "be positive and party with all your heart."

Paul McCartney performed to a sold out Madison Square Garden. He wore sandals with black socks, jean shorts, and a silk dragon shirt. His entire two-hour set was an extended rendition of "Chopsticks," moving from a piano to a banjo to a xylophone to a harmonica and finally an a capella finale with a choir of 253 children in robes.

YouTube re-enabled the option to hide comments on its videos. Visitors who wanted to watch music videos no longer had to resize the player quickly to avoid catching sight of some repugnant shit in the comments such as "this is real music not that rap n***** crap" or "man thhhis song means alott o me i used to get high and lisen to it. vote Ron Paul".

Lady Gaga, Katy Perry, Christina Aguilera, and Jesse J were mortified when they arrived at the Grammys wearing the same outfit - a simple, elegant black dress and just enough makeup to accentuate their natural beauty.

Ice-T joined forces with Body Count to collectively lead the development of the next Gears Of War game for the upcoming Xbox 360 successor. They personally took over the title's programming, writing, modeling, animation, map making, and half of the game's sound effects. The game's music, Ice-T proudly declared, would be handled by Danny Elfman. 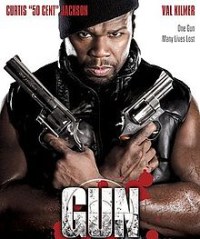 50 Cent announced that all those terrible low-budget movies he had starred in were just a joke. "Don't worry, guys," he said in a webcam interview with himself sponsored by 1-800-ASK-GARY.

Rumors of the death had been circulating for years, but DNA testing of a body discovered during the demolishing of Rock 'n' Roll High School confirmed that Punk had passed away some time in the early '80s. The corpse was remarkably well preserved, possibly due to the unusually high amounts of sedative in its system.

Punk's cause of death seems to have been head trauma sustained from a falling chunk of an ornamental Casbah that had been rocked by an indeterminate force, catching Punk in an indecisive moment, not sure whether to stay or go.