The Sega Dreamcast. Once the sport of kings, now relegated to the Refuse Quarter's sprawling mound of abandoned hoop-and-sticks. How do you get the most out of one today? Do any of its games hold up? Having not touched the system in over fifteen years, I bought one to find out.

You can get one of these bad boys cheap. Like $40-$60 cheap. Mine was extra cheap because the top half of its shell had yellowed from age like a fine cheese or a finer red wine. That's how wine works, right?

To fix this discoloration, I simply undid a few screws on the Dreamcast's bottom then popped the entire half off and slathered some black gesso primer on there. 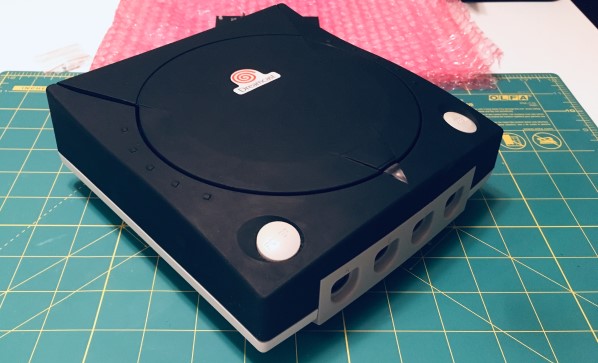 While the system was open I yanked out the disc drive and replaced it with a GDEmu. There was no soldering. There weren't even any cables for me to plug in the wrong way or accidentally eat. I just pressed the GDEmu into the slot. Then doubted myself for several minutes, because it seemed too easy. 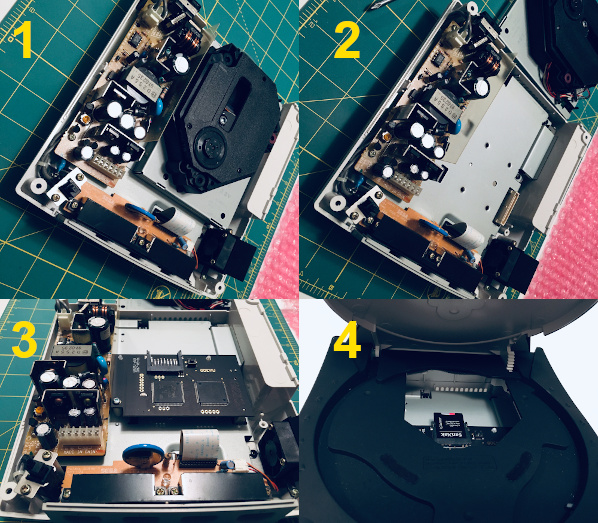 I should explain what a GDEmu is. It's a wee lying bastard. Well, technically, it's a board that replaces your Dreamcast's loud and failure-prone disc drive. This mischevious little rascal tricks the console into thinking the GDEmu is a disc drive. Then, flaunting a complete lack of morality, it convinces your Dreamcast that all the files on an inserted SD card are game discs.

Once you've installed the GDEmu you just need to set up your game library using SD Card Maker. If all goes well and you check the "Menu" button in SD Card Maker you should see something like this when you turn on your Dreamcast: 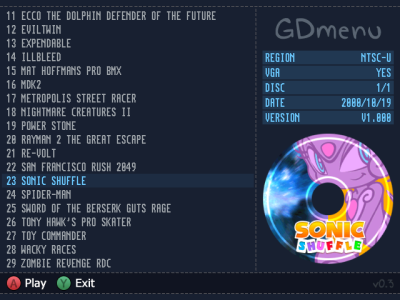 Now you have a silent Dreamcast loaded with every game worth playing. And about thirty other games not worth playing for even a moment.

We all know the obvious stuff worth checking out. Power Stone. Jet Grind Radio. The absurdly large library of 2D arcade fighting games. That part in Sonic Adventure where a whale flies out of the water, and only that part. 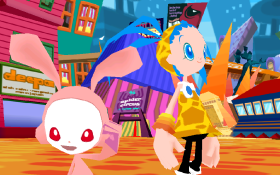 Let's talk about the oddballs. Did you know they ported Rainbow Six: Rogue Spear (the best Rainbow Six game) to the Dreamcast? How about Typing of the Dead? Japan-only games like Cosmic Smash - an Arkanoid-like in the form of futuristic 3D handball - and Cool Cool Toon - a rhythm game with an art style that LOVES colors more than you love anything - and Super Puzzle Fighter 2 X?

For a system that didn't last all that long, the Dreamcast has a surprisingly varied library. Which is to say that you should mostly play Power Stone.

The Dreamcast always supported VGA output, which was great if you had a tv with a VGA port. I did not back in 1999. My experience with the system was via component cables on an ancient Zenith. Most of the system's games had arcadey visual designs and high framerates so everything still looked pretty great, but I missed out on the full experience.

Now it's 2019 and... my tv doesn't have a VGA port. As luck would have it Retro Gaming Cables just released their Dreamcast SCART cables a few months ago. These support full 480p RGB video and stereo sound on a perfectly clean signal. What does all that mean?

I'm running the SCART cable into my Open Source Scan Converter. By upscaling the image perfectly and tweaking the scanlines - because scanlines are mandatory for pre-HDMI console games - the result is honestly astounding. It's like playing your idealized memory of an arcade game, but somehow sharper and more vibrant, with smoother motion. 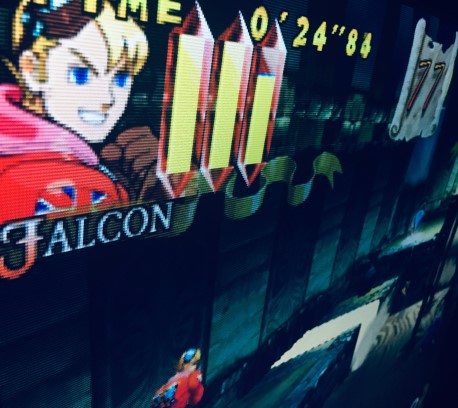 My cell phone camera photo taken from the side of my screen perfectly conveys how great the Dreamcast looks and moves. It's true. All the big gaming sites' screenshots are done the same way.

The one thing I take away from my time with the Dreamcast is this: The VMU was definitely the coolest peripheral ever made. 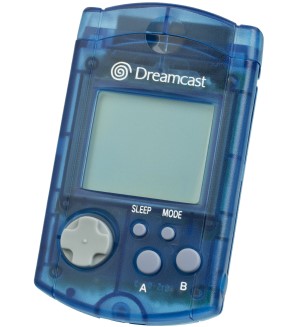 It's a tiny (but chunky, which is good) Game Boy-ish thing that plugs into the controller and displays animations of questionable usefulness on its screen. It doesn't get better than that. But it does get better than that. It's also a memory card, and it comes in funky turn-of-the-century iMac colors.

Every system should have VMUs. They should look exactly the same, with the Dreamcast branding and everything. Just update the memory and give them e-ink displays. That's my dream. Cast. Aw hell, I almost got through this entire feature without doing that.

In the next installment of this series we'll cram an SSD into an original Xbox and have an excuse to revisit KOTOR 2. After that I'll play the Saturn for the first time in my life, using Professor Abrasive's long-awaited Satiator plug-in optical drive emulator.