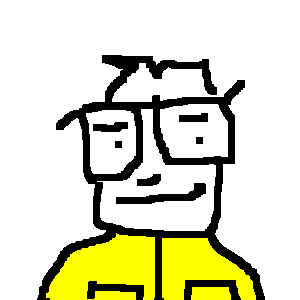 Hay all! I have totally been neglecting WoW lately and I feel really guilty "I was reading along trying to play catch up and Replacant's posts caught my eye. I am one of the few (true) tanking pallies on my server, matter of fact I bet you can count em all on one hand. So many EG guilds want pallies to heal and everyone has this idea that we have a singular function in raids. Don't be a sellout and be some trendy healbot cause your faggot guild can't fit their head around the fact that yeah we can do other stuff. I haven't been on lately, but I usually tank any heroic instance no prob. I am really eager to start doing Kara on a regular basis, but I am holding myself back until I get these damn shoulders (http://thottbot.com/i27847). Aside from that I could maybe trade my (http://thottbot.com/i30371) for (http://thottbot.com/i31460). I like the spell damage belt for now, although the 3% more shield block would be very nice too. Oh yeah before I got sidetracked... play your character however the fuck you want and fuck what other people say.

I'm a nineteen-year-old virgin, I don't know what I want to major in, my GPA sucks and is probably going to get worse, I'm on conduct probation with my university, I'm unemployed and milking my parents for cash, and I smoke pot just about every day even though I know I have work to do and that I will get kicked out of school instantly if I get caught.
At least I have rich parents.

Gaming helped me land a free-ride $50,000 scholarship with absolutely no high-school extracurricular activities in my portfolio. In my interview with the scholarship committee, I simply expressed my interest in being a director/game maker/writer and pulled upon the knowledge from my SNES games I hope to adapt or tamper with. I gave an example of the statistical Hinduism apparent in Soul Blazer, what I'd like to do with that in my own works, as well as an expansion on the quixotic elements of The Secret of Evermore. Granted, the committee had no idea I was referring to games when I was outlining these things, they were so impressed by how I presented myself I got the full ride scholarship anyways. I'd say that's a pretty damn good achievement for only being 19 and never doing anything outside the realm of video games. The plus side (as if there's a downside) is that since I have a free ride, I don't have to get a job and I can play more video games.
Video games have also caused me to be extremely productive. Instead of going out partying Thursday through Saturday, I've been hammering out an epic poem inspired by the environments and settings of SNES gothic Capcom (SGnG and Demon's Crest). Again, I'd say that a 220 page epic poem is certainly something to show for a lifelong interest in video games when most people my age who pass some arbitrary criterion for what is "acceptable" leisure activity have nothing to show for their 19 years that will get them ahead in this world.
Please don't assume that video games are a waste of time or that everyone who plays them is an unsuccessful loser.

- I have 59 pokémon at lvl 100 (I would have an even 60, but I'm waiting until DP to evolve Magneton)
- Have written (and unfortunately, still currently writing) Pokémon fanfiction)
- Was a mod of a Powerpuff girl fourm
- I prefer cartoons over action shows like :24:
- Memorized many Monty Python sketches
there's probably other reasons...