Moving Back in with Your Parents

In these tough economic times, college graduates must sit idly by, watching their post-graduate options dwindle. Whether forced to settle for less pay than expected (science/tech graduates), minimum-wage retail jobs (liberal arts graduates), or panhandling (BFA earners), many twenty-somethings face an uncomfortable necessity: moving back in with their parents. It's an uneasy transition, but one made easier by following a few guidelines! 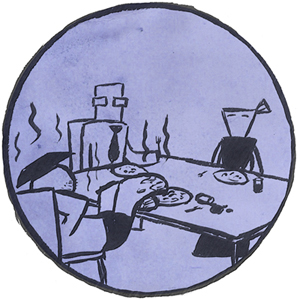 Earning your degree has a lot of real-world implications. On the one hand, you're now officially smarter than someone who didn't spend four years and hundreds of thousands of dollars to put themselves in debt and study things with little to no real-world applications (engineering majors can replace "little to no" with "some"). On the other hand, assuming you're not going to waste more money with graduate school, you're now in the real world, which is a place where you're expected to do things like "renew your car registration" and "make your own lunch."

Remember those chores your parents repeatedly told you to do when you were in high school? Things like taking out the trash or doing laundry that you completely neglected during those four years at State University College of Town? Those are things that you're just supposed to do now, without being asked. Why on earth two people who knew full well you never did those things on your own would think that you would start doing them now, after four magical years of not having anyone mention them to you, is puzzling. But, because your parents are opening their house up to you, you're back to playing by their rules. And their rules rarely involve getting pledges to pick up your moldy pizza boxes. 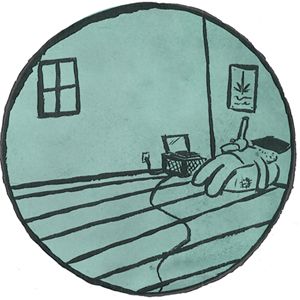 Boy, it sure is great to live in a house again, isn't it? Multiple rooms, couches unblemished by disturbing stains, full-size refrigerators - these are the signs of civilization. But, if you spent most of your time in the dorms, you might be used to confining yourself to one or two rooms. Please be aware, this is known as "hermitting" to most people, and is often a cause for concern.Take what few belongings you have and spread them out a bit, giving yourself a convenient reason to occupy rooms other than your own, and assuring your parents that the smell emanating from your room is the result of your lack of proper hygiene, not your decaying corpse. 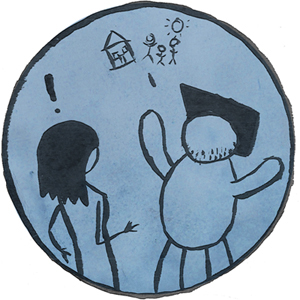 It's important to remember there is a distinct possibility that in the four years since you last lived in the house, your parents may have become a little more open with their romantic life. They are, after all, a married couple. Whether you've stumbled upon some poorly hidden pornography on what was once the family computer or accidentally interrupted a weekly meeting of the local 50+ Swingers' club, remain composed and remember to act like an adult. Try to keep the sounds of your retching to a minimum, and remember to vomit in the nearest bathroom, rather than directly on the computer or in the kitchen. It would be rude to interrupt your parents and their friends during their party.

You may have noticed we did not discuss your own sex life while living with your parents. Don't count on having one. 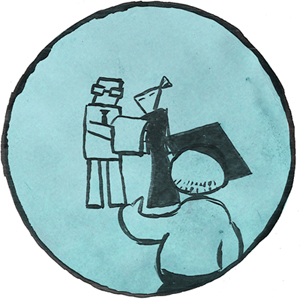 When you move back in with your parents, it's important to keep in mind that you're both making sacrifices. Your parents, by taking you in, are giving up money, time, and energy to help care for you during an important transitional phase in your life, giving up the nearly forgotten freedoms of their youth they'd regained when you left. Whereas you have to stop drinking until the sun comes up and sleeping until 3 pm. It's hard for both of you.

It's essential during this transitional phase that you avoid falling back into old habits of your adolescence. You're trying to show your parents that, despite your living situation, you are an adult and deserve to be treated as one; petulance and other teenager tactics are poor tools to have in your arsenal. This does not mean you and your parents won't fight. Indeed, squabbles are more likely now, as you become more and more responsible for your own decisions. Your job is to handle these as an adult.

Instead of raising your voice and stomping around, like you had perhaps done in high school, temper your response with respect and dignity for both yourself and your parents. Consider writing a letter detailing your parents' failures as adults and caregivers, carefully explaining why these faults have led to the child-in-an-adult's-body they see before them, allowing them to share in the blame for the havoc they've wrought upon their house. This thoughtfully written note will show them that you've truly matured and learned that people are complex beings whose actions are the result of many factors. This revelation will bring about a reaction so strong your parents may be moved to tears by their joy, falling to their knees and openly weeping at the wonderful, intelligent progeny they've produced. 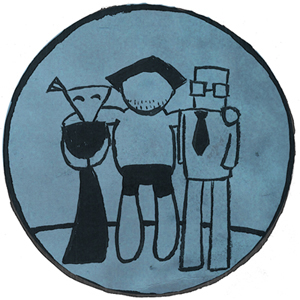 Thanks to Ian @ Fused Muse for the graphics!