How to Build Your Own PC 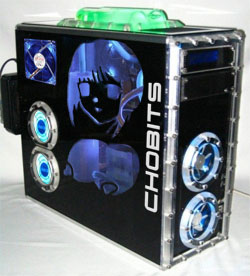 Congratulations, you are not well liked!Computers: they're everywhere! From spreadsheets to the distribution of child pornography, computers play a vital role in our daily functions. The average American is constantly surrounded by hundreds of blinking and whirring PCs, assuming the average American suffers from a severe alcohol addiction and the inability to locate exits inside a Best Buy.

Many people email me and say things like, "hello Lowtax! I realize you're a handsome computer genius who knows everything about computer machines and possesses the delightful, graceful touch of a gentleman. Could you please help out me and my cousin who eats tar? We need to know how to build a computer for our dead grandmother so she can do her online banking online. Can you write a guide explaining how to accomplish this goal by using tools of some sort?" You bet I can! Let's get started, or as they say in computer lingo, "let's hit the Windows start button!"

STEP 1: Determine what type of computer you require.

Computers can serve a variety of functions, each catering to a particular type of individual. For example, famous Hollywood movie studios often use video editing PCs to add colorful explosions and aliens to their films, showcased in productions such as "Transformers" and "Milk." However, web hosting companies do not require all that video processing horsepower, as they prefer large, powerful network servers which they can climb on top of in case the internet overflows. Figure out what type of computer you require by choosing from the following popular functions:

Gaming - A handful of unique, colorful individuals prefer to play games on their PC, unaware the last computer game was created four years ago and revolved around taking the clothes of an anime girl so you could scar her thighs with heated car antennas. The term "computer game" now means "World of Warcraft."

Business - Before the invention of computers, many businesspeople experienced severe difficulties using Microsoft Word. Then, one day, somebody came along (I don't know who) and said, "hey, maybe we should invent a computer!" And they did. Thanks to that one fateful day, hundreds of the current Fortune 500 companies currently use these incredible inventions to do whatever they do, with the ease and skill of a lizard having sex on a water slide.

Graphic Design - Art has become quite popular lately, particularly with today's troubled youth. It is not uncommon to hear kids say things like, "I don't want to go out drinking, I want to use some art tonight." After a few precision mouse clicks and keyboard punches, presto, they have created an awe-inspiring image of Goku sucking Gandalf's dick. If you're a fan of Gandalf's dick, then a graphic design computer is the choice for you.

Music Production - Did you know computers are able to produce music? It's true! Thanks to recent inventions such as "triangle waves," PCs are well equipped to run Anatares Auto-Tune nearly as well as professional rackmount hardware! With a music production PC, you'll be creating the exact same shitty song thousands of people have already created in no time!

Now that you've chosen the purpose of your computer, let's move on to the next step!