Steve's Guide to Putting Up With Your Buddy's Girlfriend

Part Two: Understanding Your Bud’s Girl
Your buddy’s girl thinks she owns him, and she sees you as a threat. She doesn’t want you around all the time, and she doesn’t want you calling him at eleven at night to go rent movies, because she wants him all to herself. What this means is that you are going to be competing for your bud, so you are going to have to kick your friendship up into high gear to prove that you care about him more than she does.

First of all, when you’re all hanging out together (which is gonna be a lot because she never leaves), you have to make sure your bud knows that you know him better than she does. You have to really go all out with your inside jokes and references and try to make him laugh as much as possible. You have to say things from Conan all the time, and stuff from things like Van Damme movies that girls have never seen. She will not know what’s happening, but your friend will be cracking up like crazy, and she will see that you guys are having an awesome time and she can’t compete with you.

And this is where it gets sweet: she is going to try to compete with you, but she can’t, because she’s stupid. She is going to try to make jokes, but he will just kind of go “heh heh heh” to be polite, and she will never make him laugh like you can. Then she will get a little bit pissed off about it and she’ll start being a drag, and your bud is going to be thinking “I wish I was just out with Steve, because Steve is never a drag, not matter what.”

So basically the psychology of the situation is going to get really weird, and she is going to try to make up for it in other ways, like being really lovey-dovey at him, which you can’t do. But you have to stay strong and remember that she is never going to understand him like you understand him, so you always have the upper hand. 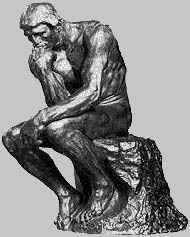 This is to represent that you have to think about your bud, maybe harder than you have ever thought before. You are going to want to blame all the weirdness on the girl, but don’t fall into that trap! It is just going to make you hate her, and it’s going to make hanging out with your version of Keith a drag, and hanging out with your Keith should never be a drag, or else you’ve lost the whole war. Remember that some of the weirdness is going to be coming from your bud, too.

You are still your bud’s main man, and he will never forget that, but he is going to have to share his time now. He is going to be with this girl even more than he is with you, so she can poison his mind with all kinds of talk like “Steve is a loser, why do you hang out with Steve.” He is mostly immune to that, but it will make his life really hard sometimes and so he might start second guessing you on stuff that he would have just accepted before. Like if you spend all your money buying a Play Station when you should be paying your rent or getting your drums back from the pawn shop, he is going to be pissed at you because he feels like you are being just what his girl said you are: a loser. Ordinarily he would just look on the bright side and say “hey, let’s play Twisted Metal all night,” but now he has to second guess you, and it’s going to be a drag, but just remember that he doesn’t mean it.

The worst part is even if you hang out with him all night renting movies and you laugh and have an awesome time, his girlfriend still gets the last word, because they go home together. So on the car ride she is going to downplay what a good time you had together, and she’s going to talk about how she hates renting movies and she hates how they have to see you all the time. He’s going to be thinking, “yeah right, renting movies is awesome,” but it’s going to make a conflict in his heart.

You also have to remember that to him this girl is a whole new thing: she is going to do him. No matter how good a friend you are, you can’t compete with that, because she can relate to him on a whole other level. The worst part is, she can one-up your Star Wars jokes with little things about “oh, just like last night” and then they hug and giggle and stuff, and you’re like “oh god almighty, they are talking about doing it, and that is so, so gross because she is fat and Keith is my bud.”

So on that level, this girl is going to have your bud hypnotized and there isn’t anything you can do but wait.