Random messages go with the territory of being an F-list Internet celebrity. Most of the time I ignore or block these random messages. Occasionally they catch me at just the right moment and I respond. Being messaged by a menagerie of the stupidest human beings on earth can sometimes have its benefits. It can also have its anti-benefits. Find out which sort of benefits Rhodes cyber-scholar ChodeKING bestows on me. 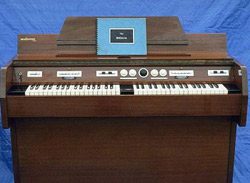 Zack: Sounds like you better step away from the Internet.

Zack: Have you ever seen Ghost Dad?

ChodeKING: sweeeeeet wanna kno what i am doing

Zack: I want nothing of the sort.

Zack: Was your head just run over by a truck?

Zack: Our idiot god turns away from my heartfelt prayers yet again.

ChodeKING: im tryin to get this candybar open

Zack: Maybe I can help. Place the edge of the wrapper between your teeth...

Zack: And now lay your head in front of an oncoming truck.

Zack: I suppose pieces of your skull weren't dislodged in the process.

ChodeKING: i held it with one hand and used the keys with another

ChodeKING: the edge uct right in and then i tore it open the rest of the way

ChodeKING: now im chewing on some of it

Zack: Fascinating. I have to go soon but do you think you could text me with updates as it digests?

Zack: Sounds like a big night at the ChodeKING household. I'd better let you get back to the feast.

ChodeKING: yo you play ne games?

Zack: Sorry, I was just explaining pet RFIDs to my friend.

Zack: He's a cowboy, he just bought a miniature horse and he's afraid it will escape from its cage.

Zack: Yes, he's from the 19th century and he doesn't understand our modern world.