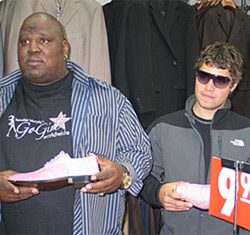 Tank tried to tell me not to take triq wrestling so from now on I will do whatever he saysMy plan to be a manager for Trad’s wrestling career didn’t pan out as planned. He is a good kid but he still has a lot to learn about semi pro wrestling. I guess turns out wrestling is fake or some shit or at least has rules and you cant just go biting peoples noses and earlobes. I mean sure they slam that little fucker around like a potato sack full of snakes, but then he takes one chunk out of some dudes calf and suddenly TNA is all worried about fucking hippotitis.

We got paid for a couple gigs but then they wanted Tork to do a cage match against Sawhorse Stan that dude who breaks bottles on his face and uses a soldering iron in the ring. I mean, yeah, Tort is a hardass little turtle fucker and he ain’t afraid of shit, but I am just not willing to risk him losing one of those squinty little eyes of his. I may need the 75 dollars he’d get from that but the last thing he needs is another disability.

In addition to the whole brain thing (which I think is way overdone in the media) his hearing is all fucked up from mrs palin holding him while shooting skeet (lol not that kind) and I think todd dented his chest taking him on a snow machine, but that’s no surprise because them two got no concern for his wellbeing. I keep an eye on him whenever I have him. I even let him see me mack solid, like put him in one of those bouncy things on wheels so he can scoot around while I’m eating some girl out on my couch.

He mostly checks out stuff in the kitchenette and plays with some loose bullets I keep out for him, but he comes running when my girl turns around. Little dude loves to watch reverse cowgirl.

So I was told I was supposed to promote some book or something which is bullshit and I don’t even know this faggot and the book looks gay as fuck, so whatever. I am gonna promote my book some more.

It is still untitled but I was thinking about some title like Levi 411 like the jeans and the number you call to ask about hockey times. Another one I thought of is called From Pillionaire to Thrillionaire and it would be a reference to how my moms oxy deals and my belief in the redeeming power of Christ got me a shitload of pussy. Tank is still not sure about that one but I can see some cracks forming in that giant black exterior.

Tank said I should post some excerpts I been working on. I’ve got like thousands of words already so let me just grab some from some of the good parts.

Here’s the one where I met Bristol palin. 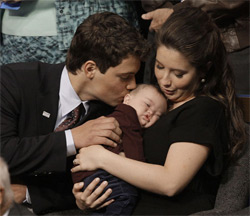 aw I love that lil guy I wouldnt go back and change anything for the world except maybe push harder with bristol for a 3 wayI shot the rifle and my bullet ricocheted off the rock exactly as I had planned and clipped the deer right between the eyes. It barely had time to think its last thought as whatever it was thinking about (some deer shit no doubt) exploded out of the side of its face like a bloody booger.

“Booya!” I announced and Tucker gave me a high five and Bodie got out his giant knife and gave it to me to skin the deer.

So we loaded the deer on tucker’s 4x4 and drove back to the cabin where the party was going on and everyone was all fucked up. I was so drunk by that point I drove the 4x4 into somebodys jetta. I was like “what the fuck is this pink car doing here” and then it turned out it was Bristol palins car and she was super pissed off at me.

I was like “okay, I will do vodka shooters with you and if you beat me I’ll pay to fix your car” and she was like “no that’s retarded” but I put some swerve diesel on her and she got fooled to doing jager bombs.

Even though I was seriously fucked up I was still able to beat her ass pretty easily and then I was like “better get you to bed” and I went and took her to the bathroom and was like “you mind” and she was like “be my guest” so we did it for like an hour on the floor of the bathroom even though there was a puke right next to us and she rolled over at one point and there was a taco bell receipt stuck to her ass. I guess bodie got three gorditas and a empanda whatever the fuck that is.

I seriously get a boner still remembering that first time it was hot as fuck. Hang on, I got some more.