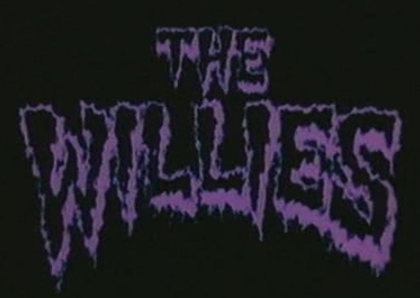 Overview: Mr. Frodo tries to walk into a volcano but is miraculously saved at the last minute by Sean Astin (played by rising hobbit and apprentice encino man Samwise 'Sam' Gamgee) and the ecclesiastical priest-knights of Ga'Hoole, after which of course they all celebrate with a round of s'mores and really confusing campfire stories until it turns out somebody's dad is a Martian Cannibal Mummy and hey wait why are our ears bleeding again oh no

The Case For: If you're thinking about trying to organize a fan-made, modern-era revival of Salute Your Shorts (and who isn't, honestly), some of the wacko-goofball comedy segments from the beginning of this movie would just fit right in to an episode where the gang all tell "spooky" campfire stories...right up until the part where the one fat kid goes on a 40 minute Hitleresque tirade about his lifelong fly-torturing fetish, anyway.

The Case Against: The moral of this movie (aside from "don't make a horror anthology movie unless you have 6 other directors to spread the blame onto") seems to be that awkward and socially inept high school outcasts are all amoral sociopaths, which neatly dovetails with the Cyberbully message of "the real victims of bullying are the popular, pretty kids who get called sluts by other popular kids," and we can't abide by anything that agrees with Cyberbully. 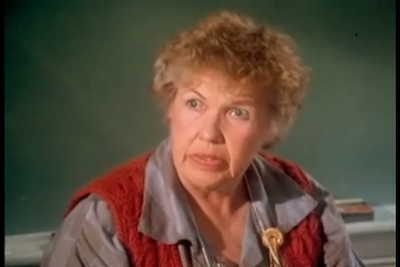 Hydrogen: Oh boy, we get to watch another doomed anthology movie! Who's the conductor of this 82 car train wreck? Is it another Charlie Band joint?

Trillaphon: We wish. It's written and directed by some other aging nerdball doofus with a house full of shitty toys.

Trillaphon: Yes, it's Some Other Guy Who's Not Charlie Band But Wishes He Was and We Do Too, a seasoned veteran of the stage (in his backyard) and screen (his mom helped him make out of a stained bedsheet and some clothespins), whose illustrious acting credits include "Skinhead #1", "Planet of the Apes Enthusiast", "Hot Dog Stand Customer (uncredited)", and "Creepy Laugh (voice)".

Hydrogen: And if you think that's bad, you should see his directing career:

Hydrogen: There it is, you just saw it. That's the whole thing.

Trillaphon: Pretty much. Aside from this movie, the guy's more forgettable than John Fucking G.; standing 50 feet away from him causes anterograde amnesia. Also, he looks like he smells like that goop that accumulates behind peoples' ears.

Hydrogen: Shit, what are we doing? I just forgot who he was again already.

Trillaphon: I think he's the guy that played Dr. Zaius in that Planet of the Apes video game that no one knew existed and could not possibly have one single defensible reason for existing. Thanks IMDB!

Hydrogen: For a guy who would never be allowed near the set of even the crappiest and most shameless CGI franchise whorefest in the series, he sure loves him some Planet of the Apes.

Trillaphon: ...he's a Planet of the Apes cosplayer too. The man makes Brian Posehn look like King of the Jocks.

Trillaphon: How about this one?

Hydrogen: ...I'm actually not sure whether that one's worse than the 'Apemania' or not. Is this what having The Willies feels like?