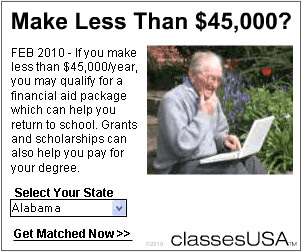 Experian's our product, eh? They do bill lowering and back to school shit, eh? What's our normal angle with that, young hip college kids? Achieving your dream and bettering yourself? Crawling out from under debt? Has it worked? Hmmm. Well, I think we can do better.

All right, time to knock this one out of the park. Give me an old man. Give me an ornery old grandpa with fire in his eyes. Give me the kind of codger who helped liberate Guadalcanal from the Nips back in the Big One. I have a hunch old men are going to be hot, hot, hot this season.

Vampires? What the hell are those? I don't know what a Bieber is so please stop saying that. No, I think I'm on to something big with this grandpa idea. Just a big, deathly pale grandpa who's had so many strokes he's starting to turn transparent like some exotic deep-sea invertebrate.

Get me an old man who doesn't know a computer from a calculator, and hates both with gusto. The kind of old man who yells at you and isn't afraid to hit you if you pay him a pleasantry or so much as nod in his direction. The kind of man whose sanity is so far gone he's not afraid to just whip it out and urinate in the middle of a store that sells tractors, and who's so darn irascible about it there isn't a soul in the building willing to confront him.

Let's get a cantankerous old coot with a catheter and a seething hatred for these kids today. The kind of old man whose face is literally imploding, turning him into a living raisin with the flavor of a lemon and all the charm of an onion. I want a man who is ready and eager to box your ears and teach you what for, whatever the hell that means. 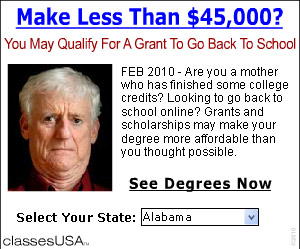 I want an old man whose bowels no longer serve his best interests. I want an old man who does all of his shopping at flea markets and makes soup out of things he finds on the side of the road. I want the kind of grandpa who would drive three towns over just to get a bag of free rhubarbs and near-rotten oranges. How'd he know about the free rhubarbs and near-rotten oranges? Because he's been eying them for over a week waiting for the price to drop.

I'm not talking about some classically handsome actor. I want to see old men who look like the cast of Cocoon after their chartered bus breaks down on the way to the Old Country Buffet. Let's get a time machine and send Wilford Brimley and C. Everertt Koop back to some horrible Vietcong prison camp, force them to mate and then artificially age their ungodly abomination child another 80 years. That's the kind of old man I want to see in these ads.

What? You think there's a better angle? Son, this is Experian we're working for. They're a multi-million dollar corporation and they pay us to think outside the box. And right now the only thing that's not inside the box is a mean, despicable old man who wants to strangle every man, woman and child in city hall for no rational reason whatsoever. That's the new face of Experian, and it's going to sell.

Listen, I was right on the money with that free iPod promotion, and I'm right on the money with this grandpa thing. We just need to find the right grandpa, and we're so damn close. Think about it: we find some racist old fuddy-duddy who routinely swallows giant boron supplements and gets confused and angry at waitresses when they keep asking "soup or salad" and he only hears "super salad." 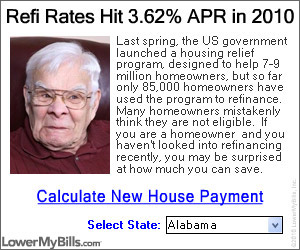 I'm seeing the ideal old man in my head, and let me tell you this: he's not afraid to call the sweet young girl manning the checkout counter a bitch one day, then tell her an insanely long story about the time he got syphilis on shore leave the next. And all he's buying is one stinking nectarine, and he doesn't even like the damn things.

Copy? Do we need any? The images of irritable old grumps do all the selling here. The grandpa angle speaks for itself, so I guess the copy doesn't even need to pay that off. What's the name of that guy everyone keeps talking about? Obama? Can we leverage his name to get people interested in college? I think we can-- especially if we work in another old man. "Obama wants dads to return to college" or something like that, right next to some sourpuss luddite who still has a piece of shrapnel next to his colon.

Aside from old men, I'll tell you something else people like: learning that things are available for people who qualify for them. You don't care one nickel about the things you don't qualify for, but if you qualify for something, whatever it is, you definitely want that thing. Work with that. Just make sure you find the perfect old man to back up the copy. I'm thinking some kind of jowly old coot who still tells the same long, pointless story about some jackass mechanic who messed up his car in 1956 and how it still burns his britches to this day.