I had it all; the world in the palm of my hand.

Back when the Towers fell, America needed something to turn to for comfort. That thing was anime. And I was there to provide it. 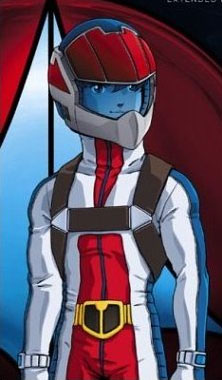 Look at what I've become, you miserable bastard.Oh, I remember the salad days. My business partner and I would eat at The Olive Garden three, sometimes four nights a week. The five-cheese baked ziti was my favorite -- the meal of kings. "Add more cheese!" I would jest to our charming waitress. She acquiesced. She knew who we were. Tips were left, sometimes upwards of 12 percent. We didn't know how good we had it. Oh, what I'd give to taste one of those dinner mints again, if only for a scant few seconds.

When Magic Vampire Lord Deleterius moved 5,000 copies, we were overjoyed. I bought a small trampoline. Tim, an embroidered pillow. You know what they say about a fool and his money, eh? Well, we didn't seem so foolish at the time. Back then, the streets were paved with tin -- tin! Like our collector's edition boxed sets. Suncoast was our Garden of Eden. We'd stroll into the well-appointed anime section just to see our own titles, sitting there, waiting to be snatched up by collectors of fine art: Sunset Explosion GTX, Oh Me! My My! Walnut Sundae!, Melty Crotch... we were pioneers.

We waltzed amid conventions like rock stars. Fans would do anything for the latest bit of news from Animegaton Studios. When we announced the licensing of Backgammon Ranger -- the TV series, not the OVA -- there was such a clamor in the conference room that we received harsh complaints by hotel staff the next day. At Gary, Indiana's Otakufest 2002, I made a young man dressed like Sailor Moon pull out one of his molars for an autographed Octo-Nuku-Nuku plushie direct from the Holy Land itself. I'll never forget the twinkle in his eyes and the pinkish smile on his mouth. Tim got a bit sick and asked him to stop smiling immediately. Tim thought I went too far. But then again, Tim and I didn't see eye-to-eye on a lot of things.

It was Tim's idea to pack in free headbands with every copy of Headbandking Daikaiser. This I agreed with. It was Tim's idea to find the cheapest manufacturing plant in Turkmenistan to make said headbands. This I did not. Tim cared a bit too much about the bottom line -- too much for me, anyway. When those headbands started blinding American children the world over due to toxic dyes, you know who the public 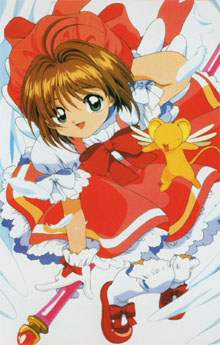 You never forget your first love. And your "family" wont let you forget it either.wants to speak to? Not, not the Vice President of the company. Me. After the lawsuits, we had no one left but our most devoted fans. To say they were of the fair-weather variety would be an understatement; they fled our little picnic long before the storms started rumbling on the horizon, leaving Tim and I to deal with the ants. The ants of bankruptcy.

Torrents. The devil hasn't crafted a more fiendish word. Torrents! From Hell's heart I stab at thee! At Kawaii-Con 2004, I spotted a chubby lad watching an episode of something we'd yet to release. I ran over to the boy, throttled him, and bellowed "From what bootlegger did you purchase this illegal disc!?" He shrugged and clicked on a bookmark that displayed some infernal website that allowed the common man to download any anime he wanted -- and without cost! Did no one understand the value of getting nearly 75 minutes of entertainment for $29.99 MSRP? But no amount of public presentations and Usenet breakdowns could save Animegaton from its fate. Like noble Kid Icarus, we flew too close to the sun.

Sales dwindled to the hundreds, then the dozens. Our last title, Capital Cat Farm Excelseed, moved only 30 copies -- and this is with us counting a missing box as sold merchandise. Tim and I parted our separate ways. I hear he's moved up in the world -- head of the produce department at some big-shot grocery store. Me? I've had some tough times. In my darkest hour, I slept with Tiffany Grant. And before you ask, the answer is yes -- she wore the suit. I'm not going to lie; the world seems to have no use for a former anime executive. Those salad days are over my friend, and I'm left to pick up the croutons.

Which brings us to my next topic: how much longer before I can convince you to let me jerk you off for money?