Attention Smurfs! You're Being Smurfed! 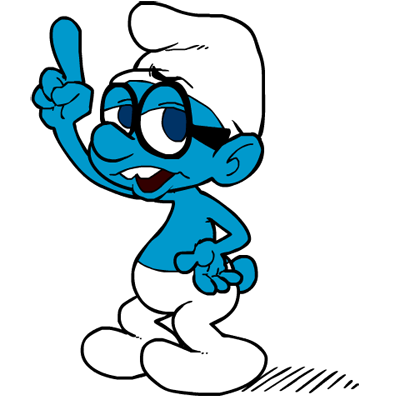 Smurfs of Smurf Village, put down your smurfberries and give me your attention for just a smurf. I have some troubling news I must smurf with you.

This is Brainy Smurf. I know many of you are not that fond of me. You think I'm annoying, that I'm full of smurf and not half as smart as I say I am. You think my Quotations from Brainy Smurf collections are ridiculous. I see you laughing your smurfs off whenever Hefty Smurf tosses me out of the village, as he so often does when one of our countless misadventures goes to smurf. You often blame me. And you know what? You're probably right to do so. I do tend to smurf things up when I start meddling. Yes, I can see things from your perspective. I must seem like a raging smurf to you all, constantly asserting that I am the smartest Smurf in the village. But try and smurf things from my position ...

If I'm not the smartest Smurf in the village, then why is my name Brainy Smurf?

This is the question that has been smurfing me a great deal lately. I am sure my personal smurfistential explorations are of no interest to any of you, but bear with me. You see, it was during a dark moment of self-analysis when I had an epiphany. The veil was smurfed back, so to speak. A new and even more troubling question smurfed into my mind: Are we all named after our primary characteristic, or have we simply adopted that characteristic because it is our name?

Did I just smurf your mind? 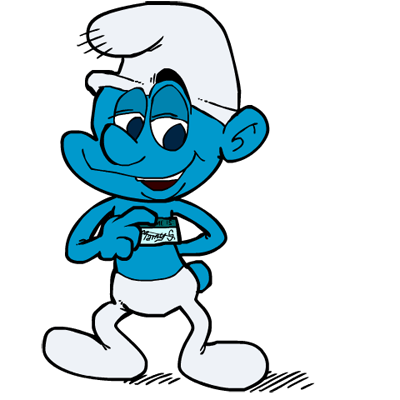 We Smurfs are not the most introspective of creatures, I know, but have you ever stopped to think about our naming system? Let's take Clumsy Smurf. Clumsy Smurf is clumsy. Now, it is entirely conceivable that his clumsiness was simply so acute even in his infancy that it was blantantly his defining feature. But what of Doctor Smurf? Architect Smurf? Chef Smurf? Poet Smurf? Surely it isn't possible to smurf if a newborn Smurf is going to grow up to be a doctor or poet, is it?

Our long life spans and sheltered existence have made us blind to certain obvious smurfs. Remember how surprised we were when the stork delivered Baby Smurf? Up until then none of us - myself included, of course - had bothered to think about where we came from. Yet, even then we didn't smurf things any deeper. We should have. We don't sexually reproduce like the humans. So how are new Smurfs created? We aren't the ones doing it. Who is? And who is directing the stork to bring these new Smurfs here? Who named us? Whose naming scheme is this? Left to our own devices, we named our new baby Baby Smurf. There is a certain obviousness there, granted, but Baby Smurf won't be a baby forever.

Or will he? Is that how it works? 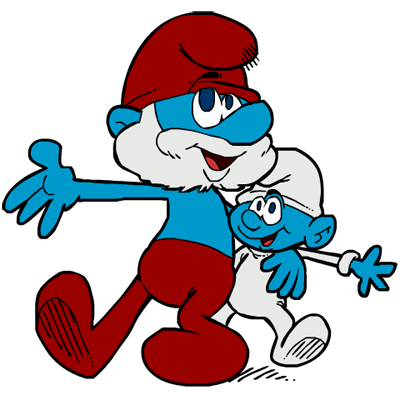 There is something very smurfy going on here. You have to wonder, would Vanity Smurf have smurfed out so vain if he'd been named Modesty Smurf? In the best-selling human book Freakonomics, the authors Steven D. Levitt and Stephen J. Dubner would say "no." In their chapter "The socioeconomic patterns of naming children," they smurf that a baby's name has nothing to do with how that baby develops, citing an example of two brothers named "Winner" and "Loser" who both turned out the exact opposite of what their name would imply. But those are two humans amid a sea of humans with entirely non-descriptive names like "Mike" and "Bill." There is far too much evidence in our community to ignore. We are letting someone else dictate our lives!

Well smurf that, I say! I propose we hold a village smurf and give ourselves new names! Let's smurf our own destinies! Maybe Sloppy Smurf will start cleaning himself if he renames himself Clean Smurf! Maybe Scaredy Smurf will find life a little less terrifying if we address him as Brave Smurf or Fearless Smurf! I for one can trace all my woes in life to the frustrating impulse to live up to being Brainy Smurf. It just isn't working for me. 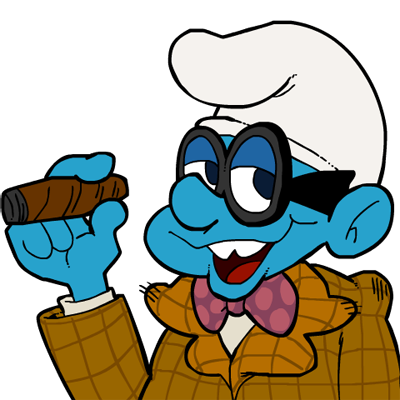 Truth be smurfed, I've always had an itch to try my hand at stand-up comedy. I never went for it because we already had Jokey Smurf. But come on, Jokey Smurf isn't particularly funny. He doesn't even tell jokes! All he does is give us wrapped packages, telling us it is a gift or a "surprise," then when we open it, it explodes in our faces! How is that "jokey?" We should be calling him Terrorist Smurf! (See, I'm funny!) In any case, Jokey Smurf needs some new material if he wants to keep that name. But I'm willing to be Comic Smurf or Stand-up Smurf or something so there is no confusion.

Let's make this happen Smurfs! I will await your smurf.

Thanks to Shmorky Smurf for the illustrations!