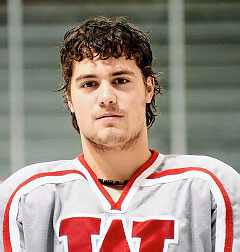 Not much just a quick apology I have to drop in here about the Ben Carson table situation where he supposably spent $31000 on the table in his office. He is catching a lot of fire for that one and probably is going to have to resign or something but the truth is during my temure at the Department of Houses or whatever it was my fault the table cost $31000 because actually it was 29 separate tables. I take great pride in my work I did on the house department and one of my duties as under under secretary of houses and urban people was that I had to get Ben Carson up from naps. 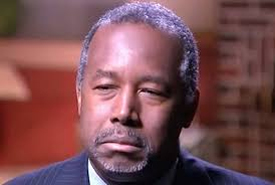 This is the most sleepy motherfucker on the planet and sometimes to get that bitch up things had to get rowdy. The first week revving a chainsaw near him was enough to wake him up but by week two I was dumping cups over his head and throwing tennis balls at him. This is not his fault number one he has an actual medical condition I have diagnosed as sleepy ass bitch. He is a doctor and he confirmed this by going to sleep when I was telling him about it. He is the only person I know who could be walking and asleep at the same time. He is like a cat just one blink away from being out cold doesn't even put his head down or slump over or anything just straight cold deep sleep. Like come out of the cryo freezer after 300 years space travel deep sleep.

It was so bad he needed some special 6,000 dollar chair just to stay awake that would electro shock him every few minutes to keep his heart beating. People are pissed about that chair too but they are just picking on this poor dude who is the most lactronic motherfucker I have ever met. Worse was he kept developing immunities to all my wake up call methods. It got to the point I was going to have to use a gun or something and that is illegal because it turns out the house secretary office is a gun free zone. Hypocrips. 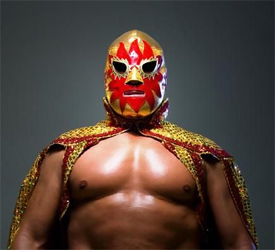 I don't know why hegtor always was so greasy but it was crazy he could slip through a paper towel roll if you gave him a running start.So it kept escalading and the only thing left I could come up with was wrestling moves which I have practiced for decades of my life on Hegtor the latino in Wasilla. Hegtor said he was a lunchadoor and would wear a gimp mask and do high flying moves off the top rope which was the name of the strip club next to the suspension bridge. They would pay him to warm up the crowd on Tuesdays by jumping off the building and onto a bunch of used mattresses. That little guy taught me everything I know about wrestling moves and also about how to refine codeine out of cough syrup and into a sort of pill you can put in your ears so it will dissolve real slow and get you high over a period of like 12 hours only everything you hear while the pill is dissolving sounds really deep and slow until the only person you can stand to listen to is the micro machine guy who I heard died trying to suck his own dick god bless him.

So I was like ben alright boss I am going to have to break out the lunchadoor moves on your sleepy ass I hope you are ready and as usual his response was "ZZZZZZ" and so I started doing some flying kicks and hurricanrombus. I would yell RUDDOOOSSSSS which is what lunchadoors say and do a flying double heel kick to his head or like fling him into the air and do some flips on his shit. Then we would land on the table in his office and let me tell you they were bad hits. Head and shoulders down riding straight through that thing. It wasn't scored or nothing so it would break ugly and I would be all cut up looking like Mick Foley and Ben sometimes would be like "What in the HECK was that" so I knew my alarm was working. 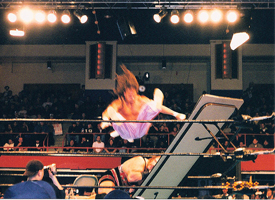 It worked so well that it was the only dang thing that could get him up reliably. I was breaking tables right and left and the table budget had a huge hole blown in it. I was like "why don't we get some folding tables" and he was like "ZZZZZZZZ" so since nobody would make a decision they just kept delivering new dining room tables and chairs which I also broke over his head and back after running into the ring/his office.

Needless to say I am sorry as fuck for busting up so many tax payer tables. I know they had to cut the house department budget so that now a bunch of kids have to go to school hanging out of pop cans like little hermit crabs but that is on me not Ben Carson. Maybe I could have used smelling salts or injected him with PCP or something. I don't know. Maybe done some more jobber moves like chest slaps instead of a flying german suplex. Maybe it would have been OK if ben carson had napped the whole time because he doesn't actually know anything about houses because he lives in a giant drawer.