Drinking games were first invented millions of years ago by Cro-Magnon men, for whom they weren't a game but a means of determining the strongest tribe members for woolly mammoth hunts. To pay tribute to our prehistoric ancestors, we now reenact these games at parties until we become inebriated enough that we talk and act like cavemen. Assuming you aren't horribly unpopular and actually get invited to parties, here are 5 great drinking game ideas. 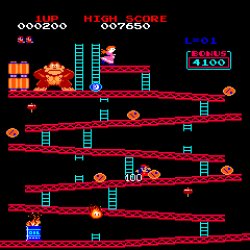 To play this game, you must build a life-sized replica of the construction site from the 1981 arcade game Donkey Kong, or break into a construction site that resembles it. One player is elected "Keg Kong" and stands at the top of the site in a gorilla suit rolling kegs down at the other player, who must jump over them as they make their way to the top. If a keg touches them, they must drink the entire keg immediately, rendering them extremely drunk and increasing the game's challenge. Inevitably, Keg Kong always wins, due to both the incredible difficulty of climbing to the top of a construction site after consuming a near-lethal amount of alcohol and the fact that the game repeats on an endless loop.

The Most Dangerous Drinking Game

In this thrilling game, the first player kidnaps the second player and takes them to a remote tropical island, where they're released into the jungle with a pack of supplies and a three-hour head start. The first player then has 24 hours to find the second player and shoot them with a tranquilizer dart filled with malt liquor. This game proves that man is the most dangerous of all party animals, aside from maybe Spuds MacKenzie or Animal from the Muppets cinematic universe, who wears a dog collar and can play the drums with his head.

This simple game requires only some beer, a few players and an Aleph - a small sphere in which one can see the entire universe from every conceivable angle simultaneously. Players watch the universe through the Aleph and drink when specified events take place. The most common rules are:

A butterfly flaps its wings, causing a tornado a continent away = 3 sips

Love blooms on the battlefield = 4 sips

Someone shares an intelligent, insightful opinion on the internet = drink entire bottle 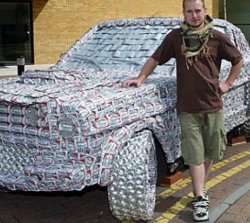 Ever wish drinking was less like the movie Animal House and more like building a house out of Legos? Then this is the game for you! In Beercraft, players drink beer and use their empty cans to build anything they can imagine. The possibilities are limitless, though invariably most people end up building Star Wars ships or that castle from Game of Thrones. This is a "sandbox" game because it has no clear objectives and also because it is best played in a sandbox where one can easily bury their own vomit. 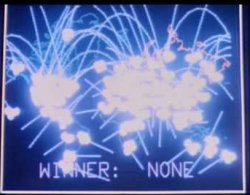 In this game based on the classic 1983 film Wargames two teams, the U.S. and the Russians, sit on opposite sides of a table and throw "nukes" (ping-pong balls) at each other's "cities" (cups of beer) for sixty seconds. Regardless of who scores the most hits, both teams must drink all the beer until they become violently ill to represent the fact that there are no winners in the game of global thermonuclear war.