My Best Idea Yet

I've been putting together an idea for a movie that, quite frankly, could turn out to be the best film of all time. The pitch:

A perfect movie that everyone loves.

This concept seems like it might have potential. True, I've never made a movie before, but the idea holds up to scrutiny from every angle. It is, conceptually, flawless.

I'm not naive enough to think that such a simple pitch (as perfect as it may be) would be enough to convince a studio to invest hundreds of millions of dollars in an unknown such as myself. That's why a lot of time has been spent fleshing this project out. Every facet has been considered and detailed in very specific terms.

The story will be great the whole way through. It will be very interesting. There won't be bad moments. I don't know why people put those in movies. Every time the script introduces a bad part, it will be replaced with a good part. 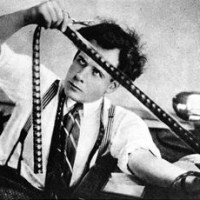 The beginning will grab everyone's attention from the very first frame. It will draw people in, make them care about the characters, and set up a fascinating world. It will be the kind of beginning that will make everyone in the theater physically attack anyone that arrives late, for it will be better for someone to die than spend any amount of time watching the rest of the movie without having seen the beginning.

Every comedic part will be hilarious. Everyone will laugh, regardless of their personal tastes. There will be jokes that make Dr. Strangelove look like Superhero Movie. Literally. Stanley Kubrick's classic will actually become a frame-by-frame copy of Superhero Movie, and no one will be able to do anything about it because they will be laughing too hard.

The middle will not lag. If anything, it will be as brilliant as the beginning, just in a different way. It will make people lean forward in their seats, nod thoughtfully, and occasionally high five one another.

All dramatic elements will be captivating. They'll say a lot about the human condition, interpersonal relationships, and the big picture without being pretentious or cliched. They will also serve to advance the plot in very smart ways while adding layers to each character.

The conclusion will be satisfying. It will seem like it's as good as the best ending of all time, and then it will turn out to be even better. That's the twist.

Cate Blanchett will be the lead actress.

The supporting cast will all be excellent, each capable of portraying leads. In the casting call, we will write down "Must be one of the top five actors/actresses in the world" as one of the requirements.

Even the extras will be top-notch. This will mark the first time that people will leave the theater excitedly asking one another, "Did you SEE how that extra read that newspaper?" The fake conversations going on in the background will be so realistic that you'll swear you can hear them not talking. 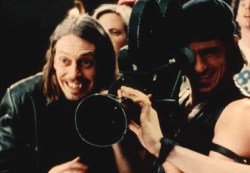 Thankfully, I'm humble enough to admit my mistakes for the sake of a better film. Someone recently suggested that I should hire the best director in the world, and as it turns out they were absolutely right.

I think it would be good if every song in the soundtrack was loved by everyone. If the composer even thinks about making a song with annoying sounds that make people cover their ears, I will stand my ground and refuse his weird artistic indulgences.

Eh, we'll figure it out after the movie has wrapped and gone into post-production.

We won't even take the time to snap some photos of the principal characters while the actors are still around and in costume. We'll just grab some pictures of them from the red carpet at different awards, then photoshop their heads on someone else's body and add a few filters.